That quote is from former President of the United States Bill Clinton. The story goes that he had that particular quote on his desk during his term in the White House to remind him of what’s important. The quote was also used by James Carville as a reminder to staff during Clinton’s 1992 election campaign. Whether the quote was actually on his desk is not the point, but the phrase itself is the item to look at.
Historically speaking, economics has played a rather significant role in every society that the world has ever seen. This fact is not lost on anyone that has spend time studying history. What people don’t tend to see, however, is the role that economics has played in so many instances in history. While we instinctively understand the importance of economics in any society, we don’t really study the effect of the economy on that society. More plainly, we fail in many instances to understand or see the patterns that result from a poor economy, no matter how powerful the government, monarch, or oligarchy. 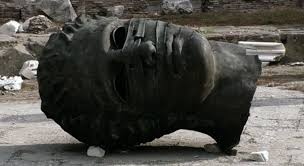 The failure of an economy and its results can be seen from the time of ancient Rome to the present presidential election in the United States. As the Roman empire began to crumble, the heart of the empire, its economy, was dying along with it. Romans were no longer as industrious as they once were, and the barbarian incursions stripped the empire of its tax base. This tax base was used for feeding and maintaining the Roman legions. Once the tax base was lost, the legions dissipated, thereby stripping Rome of its perimeter defense. Migrants, primarily German in origin, flooded the empire, no longer assimilating but replacing what was “Roman” in both character and design. A series of very poor rulers also contributed mightily to the eventual decay of the empire, as well as poor administrators of the Roman government. Should the empire have had two of the three in good stead (a solid tax base and a strong leader), the empire may have survived. This, of course, is speculation, and there is no way to know, but one constant remains…the tax base of Rome was not what it once was and therefore, neither was Rome. 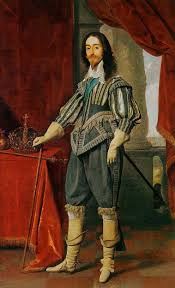 Jumping ahead to the 17th Century, the English Civil War had its roots in taxation and money as well. Yes, the struggle of Parliament and the King over divine right was also at question, but that issue belied the larger one. Did the king (Charles I) have the power to demand money from Parliament simply because he was a king? Did Parliament have the right to refuse an order from a “divine” monarch? From the point of view of Charles, the answer was no. As he was born into the position of king from God, no earthly power had the right to decide whether to obey or not, no matter that English tradition had defined the role of Parliament as the “purse”. The king had his own money (tonnage and poundage) and if he was to engage in what Parliament saw as frivolous activity, he had to do it on his own coin. Charles would have none of that kind of talk. John Pym, Henry Ireton, and Oliver Cromwell didn’t agree. In 1642, civil war broke out and ended in 1649 with the beheading of Charles I. To be sure, there are other issues involved in the English Civil War, but in no small measure was taxation and money a root cause.

Finally, this bring us to two more revolutions that readers may be more familiar with…the American Revolution and the French Revolution. As I have posted in previous pieces the issues with regard to France I will refrain from writing about them here. Suffice it to say that money and taxation were without question, the primary motivator in that event. The same can surely be said of the American Revolution as well. Every American student is aware of the phrase “taxation without representation” in which the colonial leaders wanted a representative in the Parliament to champion their cause. The Parliament responded wth the vague idea of “virtual representation”, the seemingly rediculous notion that as British citizens, there was no need for an actual representative as the British Parliament was looking out for them anyway. A variety of taxes were levied upon Americans during the 18th Century that were supposed to support Britain, while at the same time, keeping the colonies in their place. These taxes were in many instances referred to as Acts. Intolerable Acts, Stamp Act, Sugar Act to name a few. All were considered too much for the colonies and reaction to them was strong in many quarters. Eventually, the British pushed the Americans over the edge and as a result, in part, the American Revolution was born.
The above examples are rather cursory in their approach, but designed to provide examples of taxation, over taxation, and the dire consequences as a result. History also shows us that when nations are stable and without much controversy, the economy of the nation is stable and moving forward. Is there any question why the Chinese government tries to follow the eight percent rule? Their feeling is that if the nation can grow at eight percent per year, that growth will benefit its people and keep the “hounds at bay” that clamor for change. All one has to do is read about the Mandate of Heaven and the Dynastic Cycle in China to understand that the current government is well aware of the role of economics and government survival. In our own nation, it is no secret that President Barack Obama was elected in no small part, because the economy was tanking under the previous Republican administration. Poor economic conditions will lead to change. Very poor economic conditions will lead to drastic change. This axiom seems to be a constant throughout history. While there are always other circumstances that lead to profound change, the fact is that people would rather NOT instigate change if they can help it. Even Thomas Jefferson stated as much in the Declaration of Independence when he said, “and accordingly, all experience hath shewn that mankind are more disposed to suffer, while evils are sufferable, than to right themselves by abolishing the forms to which they are accustomed”.
Governments would do well to remember that a healthy economy will lead to stabilization of the nation. Stability of the nation will lead to prosperity. Living within the means of a nation and taxing accordingly, despite the temptation to believe that the populace is a bottomless pit of money will provide that government with security and longevity. This seems to be a fundamental rule to follow. There is no question – It’s the Economy, Stupid.