It’s been a while since I’ve written here but to be honest, I’ve not found much to write about recently what with my job and all that it entails consuming my time. The term consuming is about right at this point. Historiography. For a historian, it is an area that seems, by modern standards largely untapped. What I mean by that is that we teachers of history tend to do just that…teach history…not teach the history behind the history. That, in a nutshell, is my take on historiography. Personallly, I was never taught anything about this fascinating area of history until my grad program forced me to take the class aptly entitled Historiography. It was taught by Dr. Steven Kries and I must say that after that experience, an entirely new world of historical study was opened to me. That is what a great instructor does. He or she opens up the undiscovered country of “X” and helps you as you discover and explore. Dr. Kries did just that for me.
The problem with historiography is that it is largely an ignored field of endeavor for those that teach history. While we tend to concentrate on content, it is the creation of that content that deserves some attention as well. Students that can’t understand where the history they are reading and studying came from only get half of the story. The don’t learn to digest the subtleties of the history they are reading, why it was written at all, or the circumstances surrounding the creation of said history. In addition, they never learn an idea essential to the study of anything…that ideas and thoughts change over time. This is the essential part of any history, and it would behoove us as historians to teach that to those that would come after us.
Let’s take a look at the Prussian School of Historiography as an example. While there is no doubt that the name itself implies the militarism of the Prussian state, we should look at what gave rise to the mode of thinking that the title implies. It was created by Johann Droysen, Heinrich Treitschke, Rudolph Haym, and Heinrich von Sybel and had as its main goal fostering the unification of the German states under Prussian leadership. This is significant as the other alternative was to unify under Austrian leadership, something that Prussians, and many German nationalists found rather distasteful. This “school” produced history with a purpose…to drive the German people into accepting a unified German state under Prussian leadership. The history that it produced had a built in bias, that slant of history that pushed a pro-Prussian outlook on those that read the material produced by the Prussian School. One might say that the Prussian School was little more than propaganda, but while the history was solid, the methodology used to explain the history was certainly slanted toward a pro-Prussian point of view. There was a goal, and that goal was to convince readers of the Prussian School that unification should take place under the authority of the Prussian state, not the Austrian state.
Earlier history, such as the Greek and Roman classics, written by such luminaries as Livy, Tacitus, Heroditus, Thucydides not only related history but produced it with a purpose. That purpose was to create history that would tell the tale in a colorful manner but also to enlighten and feed the ideals of virtue in the readers of their histories. They told the tales of great deeds done with the expressed intent of providing their readers with a study of what makes up great character. The hope was that the populace would follow those examples of great character thereby helping to maintain a society that would function at a high level with virtue being the foundation. When one understands the historiography of what they are reading, there is a much greater enlightenment as to the message that is being imparted. There is nothing written or said without bias…nothing. Should we take the time to understand that, the door to greater learning and greater understanding opens.
Contextual history is also important, and one of the great mistakes that is made with regard to historical interpretation. Each epoch has it’s own morals, methods, and biases. These are all reflected in the history that is produced during the period in which they are written. Therefore, it is not only important but madatory that histories are examined in their proper time, taking into account the morals, manners and mores of that period. To discount that aspect of historical study while examining a period is to make the critical mistake of historial analysis. Finally, the educator MUST be sure to teach their charges in a non-biased manner as much as humanly possible. This means that the teacher must leave their personal bias at the door. To be sure, each teacher has their bias, and it is virtually impossible to stow it away completely, but to impart that bias as truth during the course of teaching students is far beyond the purview of a teacher, and an assault on the intellectual development of the student. To take the challenge of discovery away from the student through the teaching of biased views in the classroom, is to rob the student of their own potential discovery. This is why the history of historiography must be taught during the course of a history class, so that students are aware of the various methods in which history can be imparted and they can learn to make judgements and conclusions for themselves.

Edward Gibbons, the historian whose masterpiece The History of the Decline and Fall of the Roman Empire, written 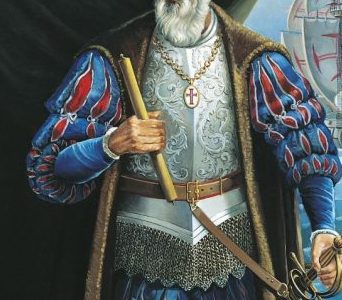