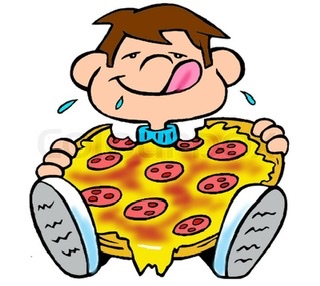 Who’d a thought getting a pizza would be so difficult. Apparently, in Savanna, Ga., no one wants to deliver a pizza over four miles. Trust me, I’ve tried. I’ve called four places now and all said no. I’m on my way to Lake Worth, FL to visit family and stopped in Savanna for some R&R before continuing on. After six and a half hours riding only stopping for gas, I’m tired and hungry.

I’ll admit, having been in the pizza business with my family throughout high school and college that delivering pizza is a pain in the ass. Drivers don’t show up, weather can drown cars (boy, do I have a story about that), and not to mention getting stiffed on tips by someone who got their pizza a few minutes late, or even worse, cold as the driver got lost. That was before the heady days we’re in now, with GPS, Google Maps, Apple Maps, and Waze.

In the old days (yep, here I go), you had a paper map, if you were lucky, or better yet, hired some local guys as they knew the area. Dad knew his delivery area well, even though his places were in Park Ridge, Illinois and we lived in Melrose Park. I was always amazed at his command of the area. He knew every street corner, roundabout, short cut, you name it. He used to have a large wall map in the back so the drivers could plot their course before heading out. Circles on the map denoting certain intersections, and boxes of small, round, spam sized metal containers of propane gel. Pry off the lid with a penny, and there was this blue gel, with a little liquid on top. Light a match, light the liquid, and the gel would keep the little flame going for a couple hours.

Then, the drivers took the can o’ flame and stuck it into a square silver oven, called a “box”, surprisingly. That little flame then warmed the “box”, which had three shelves, just big enough to hold three pizzas, fourteen inch, of course, the large size. Then, the driver would close the front of the “box”, get in the car, and off he’d go to deliver Dad’s pizzas, and we all hoped they’d return. Most did.

I loved that “box”, but loved even more the propane gel when it was lit. Thinking about it now, the safety police, I’m sure, would have a significant problem with this set up. A flaming steel box with pizzas in the backseat of someone’s car? Nope, not gonna fly in 2020.

Now, they have insulated bags to keep pizzas warm. Red colored, insulated bags. Something just doesn’t seem right getting your pizza delivered in a red bag. I’d rather get mine delivered right out of a silver box, with a flammable gel keeping the entire box warm in the back seat of some late teen’s car, that person hustling to make a buck, put themselves through school, or earn enough cash to score some Mary Jane…yeah, I said it, Mary Jane…went old school on ya there. Don’t laugh.The late, great, Rick James had a big hit called Mary Jane. I wonder if he got his pizzas delivered in a silver box.

Oh, and just for the record, I found a place that delivers pizza to the Holiday Inn…Stoner’s Pizza. This ought to be interesting.