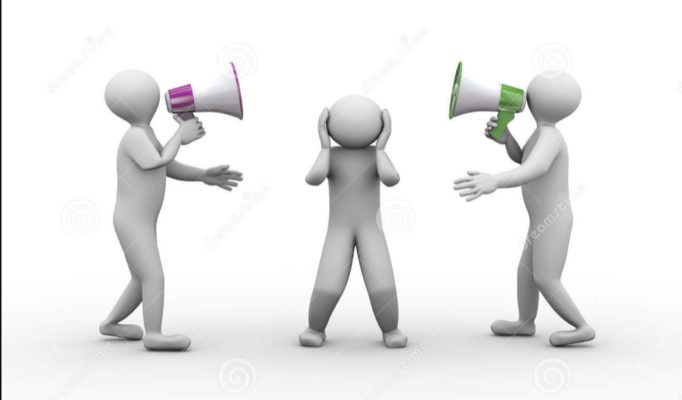 Presidential Debate: Luther and Eck Have Nothing to Worry About.

I can recall watching one of the most famous lines in presidential debate history. It was between two Vice-Presidential candidates: Dan Quayle and Lloyd Bentsen. You recall the quip, don’t you? “Senator, I knew Jack Kennedy. Senator, you’re no Jack Kennedy.”

There are a number of presidential debate lines that I can recall. That’s part of the debate strategy, to dish out a zinger that the public will remember. While one may win on substance, substance isn’t always recalled by the average voter. I’m not sure what that says about that voter, and I won’t speculate here (a subject that will be broached in another article), but what I will say is that the general public is oftentimes more impressed with style over substance, appearance over reality, and illusion versus corporeal. It’s our Achilles heel as a voting nation with politicians, their handlers, and the media all waving their orchestral batons playing our band.

To put the debate in context just a bit (I am a historian, after all), the Luther/Eck debates on religion in the 16th Century were quite rough and tumble themselves. Not televised, of course, but also playing to packed houses. What was initially a debate on theology – namely Luther’s emerging theology on sola scriptura and papal abuse of power. Luther even went so far as to accuse the Pope of being the Anti-Christ, a sure death sentence during the period. Had the debate been televised, post-debate reviews would have been scathing indeed. Thick as a brick on substance and name calling.

The point is that debates as we witnessed last night are not anathema. President Trump had a definite strategy – put as much pressure on Biden as he could in an attempt to break him mentally. Throw in as many accusations as he could (Hunter Biden’s financial issues) for few will ever be mentioned in the mainstream media, and keep applying pressure.

For Biden, all he had to do was not fold. Be lucid, show the American public he could withstand an attack, and appear to meet force with force. Do that, and he survives.

There’s no doubt that the media today will declare Mr. Biden the winner. President Trump appeared as a bully, an attack dog, and any other aggressive moniker one wishes to paint him with, all of which were true last night. The media doesn’t like bullies even if they act as one themselves.

Biden appeared lucid for most of it – a few slips here and there – and did appear to fade in the end during the withering attack of his opponent, at one point falling silent while absorbing the blows…but there he stood. Battered a bit, but still standing.

The rest of us? Partisans are going to be partisans. President Trump will never win them over, nor will the president’s supporters leave him after this debate. For those in the middle, the waters became a bit more muddied. There was some substance, and honestly, the president came at his opponent with more than I thought after reviewing my notes. His numbers on the Green New Deal (which he corrected Mr. Biden), and his economic points were well played. More substance than I thought he’d give.

Mr. Biden, while not scoring a ton of points on substance (he made many general statement while looking into the camera – a nice touch), did what he had to do: Stand there, not wither, and survive. He did that – mostly.

If you’ve made it this far – you’ll notice my article doesn’t contain a lot of substance. Surface observations, annotations, and appearance notes – just like last night. The debate will not go down in history for much more than two old men yelling at each other. Theatre for sure, but little else. The Real Housewives of…I mean The Real Presidential Candidates of America. Annoying, isn’t it?

Rediscovering Our Virtue: If Only We Tried

C’mon, Silly – All politics is local