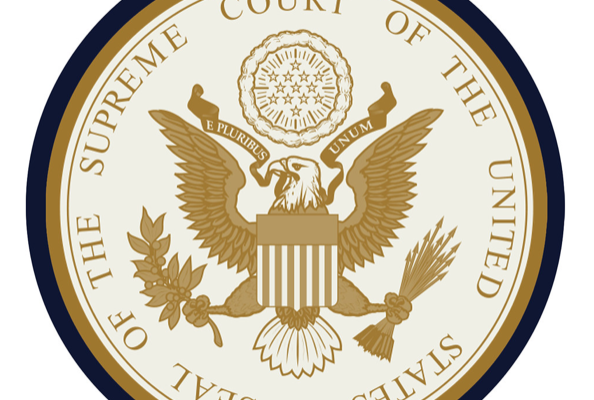 Alexander Hamilton and Federalist 78: The Supreme Court – The Weakest Link

Alexander Hamilton’s Federalist 78 should be required reading for anyone looking to either criticize Judge Amy Coney Barrett and her jurisprudence, or to simply understand the role of the Court the way the Framers designed it. In Federalist 78, Hamilton lays out in exacting detail what the role of courts should be. More precisely, the role of the Supreme Court is detailed wherein he calls it “the least dangerous to the political rights of the Constitution; because it will be least in capacity to annoy or injure them.”

That statement is revealing as it clearly lays out the parameters and limits of the Supreme Court. He describes the role of the executive as on that “dispenses honors and holds the sword of the community,” while the legislative not only has the power of the purse, but “proscribes the rules by which the duties and rights of every citizen are to be regulated.”

The judiciary, Hamilton states, “has no influence over either the sword or the purse; no direction either of the strength or the wealth of the society; and can take no active resolution whatever.” He goes on to say that the judiciary does not have any power other than judgement and must “depend upon the aid of the executive arm even for the efficacy of its judgements.” This proves, that the judicial branch is to be the weakest branch of the three, with only the power to decide what is constitutional and what is not. Any deviation from that mandate is to supersede the original intent of the Supreme Court. In fact, Hamilton goes on to lay out the argument as to precisely why there are specific limits and why life tenure is paramount. The arguments are quite compelling, and a cursory reading of Federalist 78 will provide many of the answers to the questions and complaints about the Supreme Court today. In short, the Supreme Court has no business making law at all through its interpretation, but rather only to decide on cases of constitutionality, and that’s it.

Since the landmark case Marbury vs. Madison, the Supreme Court has deviated somewhat from Hamilton’s mandate, the case itself marking a turning point in jurisprudence by allowing judicial review. In fact, since the 1960’s when the Supreme Court was at its most liberal, it has not only injected itself, but actually formulated law by its decisions, something that Hamilton vehemently argues against in Federalist 78.  He warns against the politicization of the Supreme Court when he states that “though individual oppression may now and then proceed from the courts of justice, the general liberty of the people can never be engendered from that quarter; I mean so long as the judiciary remains truly distinct from both the legislature and the Executive.”

This is the key: The three branches remaining separate. The Judicial branch retains that autocracy when it remains apolitical. The very idea that a Supreme Court justice might have a political bent is precisely what Hamilton and the Founders argued against, just as President Washington argued against the allure of political parties and becoming engaged in “foreign entanglements”. They are anathema to the long-term existence of a government such as ours.

The sad fact is that we will never truly be rid of partisanship, which has been made exponentially worse in recent years. If that is so, how should the legislature respond? The answer is to ensure that justices chosen are originalist in nature, beholden to the Constitution only in matters of state or character. Personal views or morality should never be involved when adjudicating a case, just the constitutionality of said case. While the liberal justices on the court have been stellar in matters of procedure, a close examination of judicial records on social issues reveals a one-sided decision-making process not guided by the principals laid out by Hamilton, but rather personal preference. This is not what the court was designed to do, nor was it the vision of the Founders when the Constitution was written. History also shows that when originalists make decisions, while they may not agree with it personally, they tend to decide based on the text of the Constitution, precisely what the Supreme Court was designed to do. If there needs be changes, those changes must come from the legislative branch, not the Supreme Court. That is where corrections should manifest themselves, not by the hand of nine justices unelected by the people. To depend on them would be to create an oligarchy of nine, not unlike the Politburo.

What does any of this have to do with Judge Amy Coney Barrett? Simple-She is an originalist, akin to her mentor, Antonin Scalia. This means that she will not take pains to inject her personal politics into her decisions as past justices have, but rather, her record shows her as being not only imminently qualified, but also beholden to the United States Constitution, something that Alexander Hamilton, a man who has been brought to the forefront of American politics once again, would praise.

Rediscovering Our Virtue: If Only We Tried

What a Joke the Supreme Court is. So it’s o.k. for JUDGE appointments to LIE to the Senate under OATH. It’s Ok for a Supreme Court JUDGE to NOT recuse himself from a court case that HIS WIFE is involved in. And it’s o.k. for the court to OVERTURN established case law (anti-federalist-anti case law – anti Hamilton). Love it, corporations have MORE power then a person. A corporation can not go to JAIL for committing felonies (P.G.E.-San Bruno, Ca). But You can go to JAIL, I can go to JAIL for a traffic violation. WTF. The Supreme Court is a joke. Filled with Silver spoon jerkoffs. Out of touch with reality.

The Court and The Constitution – A Brief Primer

I’ve been searching for George Washington. Not in the conventional way

Jefferson, Washington, and the Republic -1792