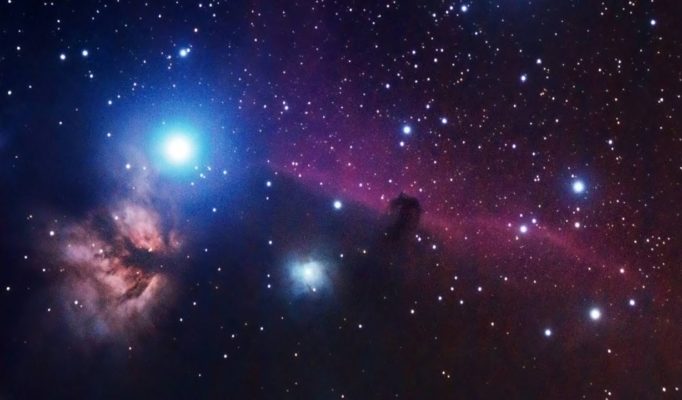 To steal a line from a song, I am “bewitched, bothered, and bewildered” with what is not only passing for news, but also for the blindness that I see from otherwise intelligent people. So many are searching for bad news over good, believing anything that their news medium of choice spews forth, and taking as gospel “stories” from websites with little credibility. Further, once they find a story that fits their narrative, they will run with it as though it is the absolute truth without doing any further investigation of the matter.

Then, there are memes. Funny, I’ll admit, in many cases, but also full of disinformation, mis-quotes and half if not partial truths. The hook is that they sound good, and are partially correct, so we pass them along, especially if they fall within our political or social agenda. It makes us feel as though we’re fighting the good fight, and getting our jab through the defense of our chosen opposition. Plus, let’s not be dishonest here, it’s fun. Every time we send one, accurate or not, we elicit a laugh from someone, or a “yeah, I’m with you on that.”

The problem is that through all of this the truth gets lost, muddled, and eventually killed. The media plays a neat trick on us and we fall for it every time. They use words like possibly, as in It’s possible that one million could die of exposure to… See the trick? People read possible and they think it will. Here’s another. Studies suggest that there could be as many as… There it is again. Suggest along with its companion could be. We read those as definitely, and adjust our thinking accordingly.

It’s little more than word play, but word play with a purpose; to cloud the issues, incite emotion, and further the agenda that the particular media outlet supports. Problem is, we fall for it every time.

Why is this? Why do we wander to the edge with the rest of the lemmings and unceremoniously jump off the cliff? I believe its because we are conditioned to believe what we’re told from the time we’re little kids. Think about it. How many times did your teacher say in class something that the book contradicted and some student in the class said, “…but Mrs. Johnson, it says in the book that….” See, the book is always right, or so we think. Something magical happens when words are put on paper. They become the ultimate authority on whatever they are addressing, and we must obey and take those words as gospel.

The same is said for the teacher in the classroom. We have been conditioned from the time we entered kindergarten to “listen to the teacher.” Good advice, especially since I am one, but not necessarily sound advice as we mature. To take what the teacher says as gospel without even a bit of skepticism is not good practice. Even in my class, where I teach Rankian style history (history without bias-presenting both sides and just the facts, Ma’am, just the facts). I want my students to question me. Investigate for themselves and come back to me with their own ideas so that they will challenge me, and by proxy, themselves. Most of the time, its an exercise in futility as they’ve been so conditioned, as we all are, to listen, absorb, and fall in line so, few do. This is why it is incumbent upon educators of all levels (especially collegiate ones, the biggest offenders in my view) to take the responsibility of non-bias as seriously as anything they do. Sadly, many don’t, preferring to prey upon the malleable minds of pre-programmed to listen students (I’ve already written on that topic).

The internet has allowed the flowering of websites devoted to their bias of choice as well, with their own political and social leaning/agendas feeding the insatiable desire of their followers. Great business model, feeding the masses whatever flavor they want, and I don’t begrudge them one bit. After all, it is the marketplace, and if someone is going to buy what I’m selling, then good for me.

The problem is that many people would rather be fed than to feed themselves, hence the news cycle and spin that appeals to their taste will garner their loyalty, to the detriment of actual unbiased information. The waters have become so muddled with contradictory facts anyway that one news outlet purporting to be the “real” news is in direct opposition to its rival who also has the “real truth”. Who to believe? Statistics get presented, many times contradictory, which makes things even worse. Besides, we all know that sixty-seven percent of all statistics are made up, right?
Most will tend to stay with the point of view that best fits how they “feel”, preferring the warm blanket of familiarity rather than the wet clothing of an opposing view, even if that opposing view is the correct version.

We have the unique ability to convince ourselves of anything we choose. We can convince ourselves that the earth is flat, dogs are smarter than cats, or that Elvis is still alive. We can justify almost anything we want, for it is our ability to reason that provides the tool. We like to think we’re black and white creatures, but most of the time, we’re gray, and prefer to live in that world because in the gray world, there are options. This explains why people who are considered “black and white” are anathema to most, or a breath of fresh air to others. There is a certainty there. “Well, at least you know where he stands,” is the most common phrase heard about people like that. It’s a breath of fresh air because ambiguity breeds indecision and indecision generally makes people uncomfortable. That leads to stress, which is exhausting. I’m exhausted just writing that sentence. As always, history also has something to tell us regarding this topic.

A Roman most have never heard of, Germanicus, was the heir to the throne of Augustus, the great Roman emperor, and was the adopted son of Tiberius, the successor to Augustus. Unlike Tiberius, Germanicus was everything that Augustus was, and maybe more. Stable family life (which was rather uncommon), truthful, honorable, and beloved by the people. He was the grandson of the infamous Mark Antony, with looks that were said to be stunning. True to Roman form, he died under suspect circumstances. Many think that Tiberius, his adopted father, had him assassinated, while still others believe that he was poisoned by his wife, Agrippina. The truth is that no one knows how he died, but only that he died suddenly in Syria while representing the emperor.

Tiberius was well aware of what befell his adopted son. There were great parades in his honor, with his wife journeying to Syria herself, carrying his ashes in her bosom all the way back to Rome. He was not given a state funeral but rather a simple burial where he was interred in the same mausoleum as Augustus, a simple funeral that was attended by rather large crowds, a testament to how much the people loved him.

When asked about Germanicus’ death and the nature of it, Tiberius said, “Obscurity always surrounds great issues. Some people are ready to take on trust what is only hearsay; others falsify the truth; the passing of time amplifies both kids of distortion.”

There is a lesson here for us as we wade through all of the information we bombard ourselves with every day, and that lesson is one that I’ve been trying to trumpet from my little mountaintop, which is more akin to an ant hill than anything else. Do not fall into the trap of listening to only what you wish to hear, but rather seek truth in variety. Modulate your shields, move out of your comfort zone. Be uncomfortable as you read and listen to thoughts that differ from yours, but do listen with an open mind and open heart. Be Rankian, non-emotional and completely rational. The truth, or something close to it is there, you just have to dig a bit into the sticky silt of informational mud in order to find it. Good hunting, my friend.

The college and university scam continues….

Abrogation of Responsibility; The United States Congress and the Cult of Re-election