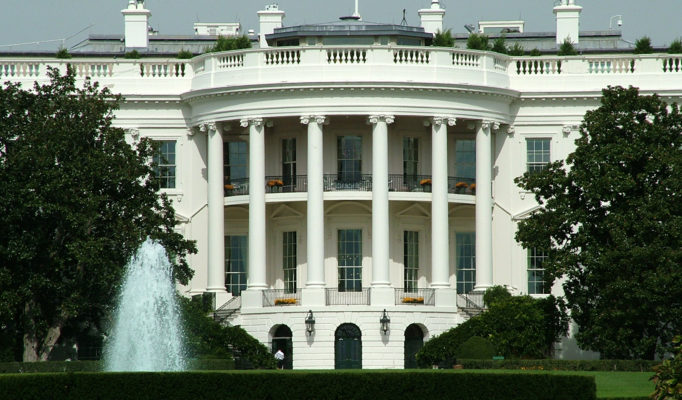 What’s that old Britney Spears song again? Oops, I Did It Again? President Trump stepped in it again, as he so often does, with off-the-cuff remarks and declarations that oftentimes fly in the face of reality, or even border the absurd. The problem is that most people, especially those in politics or the press that have a particular agenda, namely, nitpicking every word he says for that ”gotcha” moment . It’s easy, just sit back and wait, one will come along as an unwary fly gets caught in a spider’s web.

Fortunately for them, and unfortunately for others, he does that sort of thing quite frequently. He is a man that speaks as a ”regular person,” not caring to parse his words or carefully consider them. He’s blunt, often wrong, but, and his detractors will disagree, often right. Those that hate will always hate him, even when he’s right, not caring to even give him an iota of credit for anything. Those that love him will find ways to forgive him, even during his most egregious moments, because, I suspect they are tired of the polished, smile-at-you-and-steal-your-candy approach. To my mind, both are wrong as one should be adjudicated on policy, not presentation. Harry Truman was similar in that regard, lacking the professional “chops” of his predecessor, FDR, and was generally loathed during his presidency. Presentation matters to the American populace, and Truman didn’t have that come-hither style. Today, he’s climbed the ladder to more than respectability, even being considered by some as a ”Top 10” president. Old Harry didn’t have to contend with the Twittersphere though, nor did he tweet.

The President declared that he has the ultimate power to decide when to open the country, not the state governors. As he said, “When somebody is the president of the United States, the authority is total.” Is that true? Liberal media outlets, such as CNN, MSNBC and the like were quick to scream cries of ”creation of a dictatorship”, or “he thinks he’s a king.” Some of my friends also screamed the same thing, with one going to far as to insinuate that the U.S. is undergoing a slow but sure takeover by a dying GOP that is trying to force its hand by controlling the courts. Trump is the instigator of it all, they insist.

Predictably, the conservative response has been more muted, with Rand Paul lashing out against the president’s proclamation, and others taking a more considered tone. Even the Vice-President was measured in his words but agreed that the President has the final say. Well, which is it?

Those who read Think31.com know that I take a non-partisan approach to politics, for I believe it is history that is the truth teller rather than talking heads. As I’ve often said, history is never wrong; those that write about it are as they let their biases color their narrative. I try to strip all of that away and allow the reader to consider things for themselves. This is a case in point.

There are two ways in which to look at this conundrum. The first, that the president absolutely has the power to open the nation, and governors are required to follow the federal government’s dictates. The roots of this argument can be found in the Supremacy Clause of the United States Constitution. In case you don’t recall your American History or government class, here is the Supremacy Clause:

Essentially, what the Supremacy Clause does is give the mandates of the federal government priority over the states, their courts, or their laws. The United States Constitution overrules all of it. This is why when SCOTUS makes a decision, it applies all across the nation. This does not mean to say that there are no states’ rights, I’ll get into that in a bit, but what it does mean is that when the federal government creates a law that is contrary to state law, federal law supersedes it. Further, the implication is that if the federal government feels that it is for the good of the people that the nation re-open, contrary to the opinion of the government, then theoretically, he could possess the power to do so.

To be honest, that power appears to be in question as it would take the federal government to make a law that re-opens the country, which would then fall under the auspices of the Supreme Court to decide if said law was constitutional or not (you just know there would be a lawsuit challenging the law, if, for nothing else, because of the “I hate Trump” people).

Second, the president is not a stupid person (yes, I know, the anti-Trumpers are going crazy right now). He knows that it would be in his best interest, and the country’s best interest, if he worked alongside the governors to come to a proper decision. He’s stated all along, and Dr. Faucci reiterated it yesterday, that he is in constant consultation with medical experts along with “many others” to arrive at the safest conclusion. Would he try to simply open it? I doubt it. This brings us to the other side of the coin.

There are two amendments that are often overlooked. The Ninth and Tenth. Again, for those that don’t recall their history, the ninth and tenth amendments concern “people power” (ninth), and state’s rights (tenth). Specifically, any powers that are not directly specified in the Constitution are then reserved for the people (ninth), and states (tenth). To my mind, these are the two most important after the first amendment as they guarantee that the federal government cannot overreach its power. If it “ain’t in the Constitution, they can’t do it.”

Based on those two amendments, the tenth specifically, the President does not have the power to unilaterally tell people to go back to work, forcing them to comply. There really is nothing in the constitution that gives that branch, the Executive, that type of power.

Now, could the Congress, along with the President, draft a law that said something like “we’re going to re-open the country and everyone go back to work”? Well, yes, that would be within the guidance of the Supremacy Clause, and it would overrule anything that governors say, but that is exceedingly unlikely…it even sounds, well, unlikely. I can’t imagine the federal government in total agreement, trying to force the American populace to go back to work. That’s just silly.

The conclusion is that he really doesn’t have the power to unilaterally open the country. I am not sure it would stand up to a legal challenge anyway. The best course of action, and one that he’ll follow, is to move forward in consultation with the nation’s governors. He’s worked closely with all of them, including receiving praise from Gavin Newsome on his helping California with their virus issues.

There are more and more arguments for both opening up again soon versus remaining as we are, in lockdown until the entire episode passes. The expectation is that those arguments will become stronger as the virus numbers fall. Let’s wait and see what happens.

No, the Supreme Court did NOT force Wisconsin to Vote

Great article. I always appreciate your deep know of history when laying down some fact. As a guy that not politicle nor a huge history buff, I’m very quick to think things like… The world is different then it was when the Constitution was written. Such as there right to bare arms.. Things are different now a things like this need to be challenged. Same to extreme power to a president. The world is different now… There’s always a need for checks and balances and challenging opinion.. As I said I’m quick to think this … I’m not saying I’m right. Great articles make you think. Thanks for this great article.