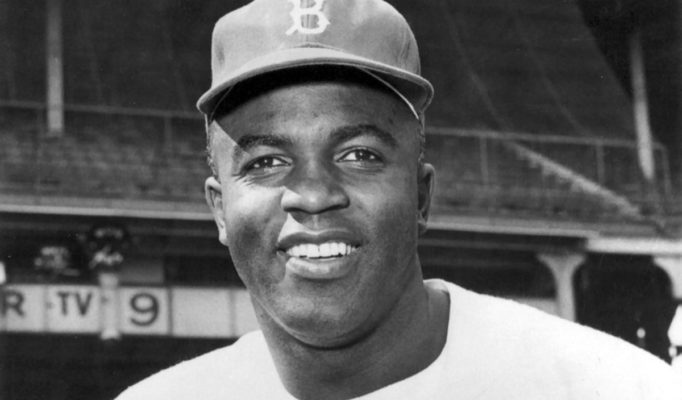 April 15th…tax day. The most dreaded day in America, unless you have to make mortgage payments, alimony payments, or something like that. April 15th also has some other notable events that have negative connotations. This is the day the Titanic sunk in the north Atlantic, killing most aboard. The unsinkable ship disappeared below the Atlantic on its maiden voyage, sliced open by a rouge iceberg.

Also, on this day, Abraham Lincoln died. He was shot one evening earlier while attending a play, only to have his life ebb on this day in 1865. A singular figure in American history, having issued the Emancipation Proclamation which freed southern slaves during the Civil War, starting us on the road to partially fulfilling what Thomas Jefferson wrote in the Declaration of Independence when he said that “all men are created equal”. It was nowhere close to those lofty words, but it was a beginning, one that many of the founders envisioned but could not make come to fruition, among them George Washington and James Madison.

I find it rather fitting that on this day, the same day that President Lincoln died, another major event took place, to my mind extending Lincoln’s vision into the modern day. This is the day that one of the greatest baseball players in Major League history, Jackie Robinson, broke the color barrier when he stepped onto Ebbet’s Field for the Brooklyn Dodgers.

Many in our “modern period” see this now as a milestone, and an important one, but let’s put it into some historical perspective, sweeping the dust off the old ball and glove. Only then we can truly gain the perspective of this day’s importance, not only for the black community, but for our nation as a whole.

Baseball truly was America’s pastime. As Ken Burns so deftly documented in his sweeping baseball documentary entitled Baseball, it was the heartbeat of America, tracking the timeline of our nation through the catastrophic, such as the depression of 1873, the Great War, The Great Depression, and World War II. Along with professional boxing, baseball was our greatest escape, with people coming to the ballpark in their finest finery, hoping to see a good game, cheer, boo, and get caught up in the magic.

It produced so many heroes, even in its pre-twentieth century days, they were almost too numerous to count. It seemed each decade, including today, produced names that are synonymous with the sport. Pick a decade, any decade, and if you’re a baseball fan, names will immediately come to mind. What’s all the more astounding is prior to the influx of mass media in all of its varieties, baseball players, only rivaled by boxers, were household names, a testament to the power of the game and its popularity in an era where photographs were a rarity, and radio didn’t exist.

In response, blacks created the Negro Leagues, which, in some cases, outdrew Major League baseball, and in many cases, outplayed them too. The players were as good, if not better, than some in Major League baseball, and it is a testament to their talent and ability that names like Josh Gibson, Buck Leonard, Cool Papa Bell and maybe the greatest of them all, Satchel Paige, today live on side by side with the likes of Mickey Mantle, Lou Gehrig, Sandy Koufax, and Babe Ruth. One doesn’t have to be a rabid baseball fan to know the name Satchel Paige, just a regular fan. But, the greatest of them all was Jackie Robinson.

His name resonates above all others, past or present, for not only his prodigious talent, but his place in history. He was the man chosen, by Branch Rickey, who also created the minor league farm system, to carry the torch into the breach and open the door for all that followed. History notes that there was one other player, Willie Edward White, who played one game in 1879 before it was discovered that he was black and was forced off his team, but none who were to force the door open, and make sure it remained open, like Jackie Robinson.

Brooklyn Dodgers president and GM Branch Rickey intended to integrate major league baseball but needed to find the man with the talent and temperament to make it happen. Rickey was no stranger to controversy, having started the United States Baseball league specifically for black players, but under withering criticism for, of all things, trying to perpetuate segregation, ended it. In fact, he used it to scout potential black players for integrating Major League baseball.

Branch Rickey chose Jackie Robinson precisely because he knew, and Robinson told him so when he was brought in to interview, that he could endure anything that might come his way. Branch Rickey agreed to sign him, but on one condition. Jackie Robinson could say nothing. No threats of violence, no outbursts…nothing. To do so would give fuel to the anti-integration mob and Rickey wanted to disarm them. Jackie Robinson agreed, possessing a strength that to my mind, far surpassed his playing ability. To suffer constantly the slings and arrows of fans, opposing players, and even, early on, some teammates would be too much for most people to bear. Jackie Robinson was fully aware of what he was getting into, as though running into a fire without regard for his own safety.

He was spiked while running the bases, spat upon, called names that would spark riots today, and not allowed in player’s hotels. None of this will surprise the reader, but it should serve as a reminder of what it was like in the mid-1940’s, as well as a testament to Robnson’s inner strength, and iron will. He said nothing, his play, his word to Rickey and his singlemindedness guiding his path. He was going to make this “experiment” succeed. What’s more, he was willing to die, and said so, if that’s what it took, to integrate baseball. Think of it…the willpower to be willing to die so that others may walk the path to baseball and understand the injustice of segregation.

Jackie Robinson paid a heavy price, suffering from bouts of depression so deep, and despair so wide, that more than once his also suffering wife, Rachel, had to talk him back to the living. To my mind, Rachel Robinson should also be remembered this day as she was right next to him, standing by his side and sitting in the stands while her husband was playing the game he loved while being crucified for it at the same time. She is quite a woman and stands as tall as her husband himself.

I know that we’re told racial divides still exist. Further, I am not sure that they will ever dissipate completely. It’s in our DNA as human beings to gravitate toward those that are like us ethnically, culturally, racially, and any number of ways that we see ourselves. In itself, that is not a sin. However, when that segregation is imposed, forced, for any reason, we must act to stamp it out, never sanctioning forced segregation on any level. I have been blessed beyond measure to know so many that are not “like me”, I can’t even begin to count the ways.

I am also quite aware that we are gifted with the ability to reason beyond what we see, or, conversely, are able to convince ourselves of what we wish to see. Maybe that’s the key, wishing to see something rather than taking things at face value. Maybe that’s what Dr. King was driving at when he said that he dreamed one day people might be measured not by the color of their skin but the content of their character. It’s a choice, a choice that we make, all of us, in the affirmative or the negative. For my part, I chose the affirmative.

So, on this day, let us remember a true American hero, in every measurable sense, Mr. Jackie Robinson. Through his willingness to endure the worst of human behavior, he forced the nation to look in the mirror and see a black man play baseball, the game that defined our nation for one hundred and one years before his arrival, and play it as an equal, despite his prodigious talent being “more equal” than most of his Major League peers. He made us understand, even though many didn’t want to, that it is truly character that matters most, maybe more than anything else a person has. Baseball was his conduit to teach that.

The most telling thing for me when I watch old film of his playing days are when he’s not playing baseball, but before and after the game when the camera caught him. He was surrounded by kids…kids of every stripe, trying to get close to, to touch, to get an autograph of one of their heroes. They saw him “through the eyes of a child” as he was, a great man, great athlete, and above all, a Major League baseball player. May Jackie Robinson rest in peace.