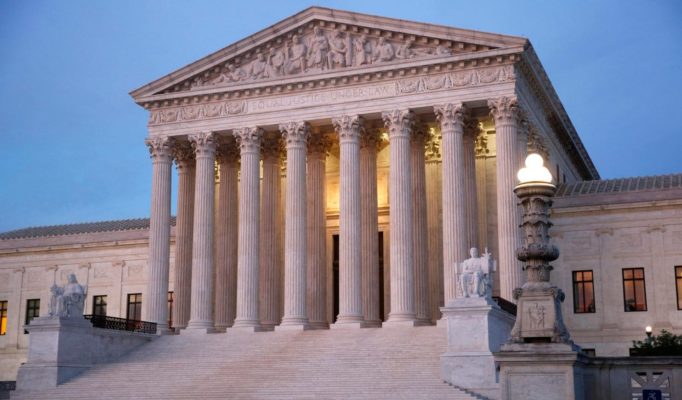 No, the Supreme Court did NOT force Wisconsin to Vote

The Supreme Court did NOT force Wisconsin to vote yesterday…

Let’s talk about this recent Supreme Court decision that involved the Democratic National Committee vs. the Republican National Committee and voting in Wisconsin. The case involved absentee ballots being counted after April 7th, 2020. There are a couple of things to consider here, of course, not reported properly by the media (I’ve read the decision).

First, the case presented to the Court is NOT about the election moving forward, Wisconsin already decided that, and the Court specifically stated that “The wisdom of that decision is not the question before the Court.” So, please note that the state of Wisconsin decided to proceed with the election, the Court did NOT mandate that action.

Third, the District Court made a decision to allow absentee ballots postmarked AFTER the April 7th Date to be counted…something that was not in their purview to do.

This means that the question the Court was considering was a rather narrow one. Should absentee ballots postmarked AFTER April 7th be counted or should the original election setup by the state of Wisconsin be followed which stated that ballots must be postmarked by April 7th, but will be accepted until April 13th. That is the sole question before the Supreme Court, and the only question to be considered by the Supreme Court in this case. Any other interpretation, such as “The Court is forcing Wisconsin voters to vote because it favors Republicans” is nonsense and a complete fabrication of the case and its merits.

It is quite possible that the absentee ballot provision as it is currently constructed, ballots must be postmarked by Aprils 7th but will be accepted until April 13th does benefit Republicans, I don’t know that, nor do I care. What I am writing about here is the blatent misrepresentation of what the case is and the attempt to color the decision as a partisan decision or some sort of Republican court attempt to skew an election.

Further, and this is the key to the entire argument, “In their preliminary injunction motions, the plaintiffs (Democratic National Committee) did NOT ASK that the District Court allow ballots mailed and postmarked after election day, April 7th, 2020 to be counted.” That quote was, again, directly from the Court’s decision. The problem was that five days before the election, the District Court unilaterally decided that those ballots mailed AFTER the April 7th deadline SHOULD be counted, as long as they are received by April 13th. This is what the case was about…a unilateral decision made by a District Court to circumvent the voting procedures for absentee ballots without proper authority to do so. Activist courts run amok…again.

The Supreme Court goes on to restate the fact that in their original inquiry, that provision was never even asked about. The Court even states that, “Our point is not that the argument is necessarily forfeited, but is that the plaintiffs themselves did not see the need to ask for such relief.” Further, the District Court then had to issue another order that stated the election results could not be released until six days after the election based on their earlier order.

In short, the District Court tried to pull a fast one, and it was rejected by the Supreme Court. So, before anyone goes accusing the Court of political bias in this case (and there are plenty in which the Court, both past and present does exhibit that bias), let’s make sure that we don’t just blindly trust the media and their biases…but rather find out for themselves. As I’ve said numerous times, and what has now, I guess, become my mission, biased reportage and blatant partisanship for the purposes of skewing an argument should have no place in journalism or historical analysis.

The Problem of Population: Why Socialism will not work in the United States