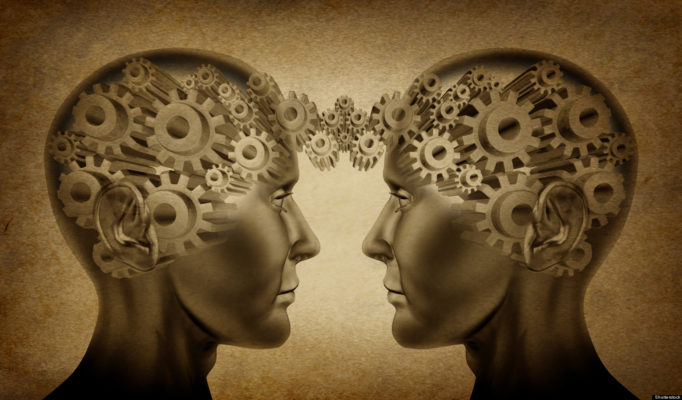 I can recall in 2004 while watching the Democratic National Convention a young Senate candidate named Barack Obama. He delivered a speech that for many, still resonates. It was electric, and that single speech catapulted this largely unknown Illinois candidate to national prominence overnight. If you ask people that follow politics or any of his legions of fans, they remember that speech too. It was truly a moment to witness. I called up to my wife from my cave and told her that I just witnessed a man who was going to be president in rather short order. It was as plain as the nose on your face, and a moment I’ve never forgotten.

For those of you that remember that evening, let me ask you this…what was the speech about? Don’t look it up, think of it right now. Dollars to doughnuts says you remember the magnetism that it generated, but you don’t remember the substance.

Ronald Regan delivered a speech as well, in 1984. His was one of nostalgia, of the good old days. A speech that uplifted and brought forth feelings of pride in a nation still recovering from the failed presidency of Jimmy Carter. The speech is referred to as the “Morning in America” speech, and the feeling it left you with was what resonated. Few other than true policy and political wonks will remember the substance.

There is a list of presidents that moved people with words. FDR used his charisma to cement his four-term election with his fireside chats. Teddy Roosevelt, FDR’s distant cousin gave a number of speeches, but none mor memorable than the “Man in the Arena” speech. Uplifting, challenging, and inspiring, his blustery tomes and ram-rod style appealed to a rather young America, and almost propelled his Bull Moose party to electoral success.

Bill Clinton was known for lighting up a room simply upon entering, as was John F. Kennedy, who on substance couldn’t hold a candle to Richard Nixon in their famous debate, but it didn’t matter. Kennedy appeared on television as  cool, calm collected while Nixed looked as though he was suffering a stroke in front of a national audience. That’s all the potential voter needed to see…Nixon’s goose was cooked.

Historically, there have been others whose style simply overwhelmed the populace. Cicero, the great Roman orator, created policy with his speeches, swaying even the most hardened Roman Senator. There was Elizabeth I, eleven days after the defeat of the Spanish Armada in 1588, but still expecting to be attacked via Dunkirk by the Duke of Parma delivered these memorable lines that still echo through time.

“I know I have the body of a weak, feeble woman; but I have the heart of a king, and a king of England too, and think foul scorn of Parma or Spain, or any prince of Europe, should dare invade the borders of my realm; to which rather than any dishonour shall grow by me, I myself will take up arms, I myself will be your general, judge and rewarder of every one of your virtues in the field…”

These speeches leave an indelible impression on us, their words doing as they are designed to do; move us and provide inspiration to follow those that would lead. Churchill guided England through its darkest hour with his carefully crafted words, while Hitler drove his nation into the long night by the power of his. The point is that we, the populace, often look for that inspiration, that guidance, but should there not be more? What does it say of a Republic that chooses its leaders by the choice of their words rather than the content of their policy? It speaks to the shallow, “I can see the bottom of the lake” of our vision, rather than the willingness to explore the murky depths of the ocean. Polish the car to a deep shine, but don’t repair the engine, we won’t look there anyway. We become dazzled by the presentation, enamored by the show, and stare wide-eyed at the figure before us, rarely looking beyond the curtain to see what lurks behind it. Politics is a show, with our politicians the ring masters, and we the roaring crowd hanging upon every high wire act.

The rise of mass media has aided this transformation before our very eyes. They assault our senses, and present themselves as the experts solely, in many cases, because they are on television day after day. They’ve learned what resonates to their base, and fine tune their presentations to play that siren song, further driving their hooks in so escape is not only impossible but undesirable. We are little more than strings they pluck, manipulating so many as though they can reach into our very heads and determine our course for us.

Many among us become as drug addled junkies, waiting for the next charismatic leader to walk us through the dangerous forests. The notion that we can think for ourselves becomes lost in the messages of our own helplessness that we are assaulted with on a daily basis. Our legs, once strong enough to forge our own path, now atrophied due to dependence on the savior, the speech maker, the one that will save us in our time of need.

Immanuel Kant, the great German philosopher wrote about this dependence in his seminal work, What Is Enlightenment? He urged us to throw off the yoke of dependence and embrace our own ability to think, to reason, to make our own decisions. He bluntly informed us that the game is rigged; those in power want us dependent upon them for

“The guardians who have taken kindly upon themselves the work of supervision will soon see to it that by far the largest part of mankind, (including the entire fair sex) should consider the step forward to maturity not only as difficult but also as highly dangerous.”

In other words, it is in their best interests to keep us ignorant, afraid to depend upon ourselves and our ability to emerge from our self-imposed immaturity. Tell us it’s dangerous out there, appeal to our emotions and encourage us to disregard logic. Only they have the keys, the answers to our prayers, knowing the entire time that the answers lie within us, if only we would trust ourselves.

This is the purpose of political parties, of The Machine. “Whatever you do, vote blue” or “Vote Red or be dead’ or some other fancy catch phrase.

The result is almost complete dependency on the party, for to venture outside that safe zone, we are told, is to court certain death. One explanation for our deep political divisions that, to my mind, will not heal anytime soon, but rather may lead to calls for a division of our country, much as in the later stages of the Roman Empire, the provinces became entities unto themselves at the expense of Italy and the whole.

Policy must be the determining factor in choosing leaders, not presentation. Style, while useful, is a poor barometer of leadership. Style, more often than not, will blind us to the true shortcomings of a leader, for the populace can easily become diverted with bread and circuses away from the failure of policy, only to suffer in the end. Such were the tactics of many throughout history. Divert the attention of the people, and do what you will. We seem to fall for it every time. Search your memories, read your history, and you can discover for yourself what I am describing here.

We hear what we want to hear, see what we want to see, and rationalize anything we want in order to make it fit our point of view. It is the best thing about being a human, and the worst. Our ability to reason can provide answers but also build a gilded cage which is near impossible to escape. This is why so many get locked into political ideologies, and spend their lives defending them, despite evidence that might be contrary to what they believe. This is why we are divided now, with, in my estimation, little hope for reconciliation. Many have become so ingrained and married to their outlook, they refuse to see the “other side”, preferring the warm blanket of their ideology to the cold wind of reality.

Morality, compassion, and emotion must take a back seat to analysis. Those values are not compatible with policy making, or, for that matter, science. To disagree with a politician’s stance based on policy is one thing, but to vote based on little more than “Well, I just hate/love this candidate” is, to my mind, not only irresponsible, but bordering on reckless. Arguments like those give credence to the historical proposition that voters should be property owners for they will at least have “skin in the game” – my words. They will choose carefully, it was theorized, rather than emotionally for their very survival may well depend upon their choice. Should we not also choose our leaders in like manner? Men and women in leadership can not solely be judged on their own presentations of themselves, but should be adjudicated on their policy, what they’ve actually accomplished on behalf of the nation. Emotional reactions are of little use when it comes to making a political choice, as is devotion to a particular politician for they all are unreliable, preferring in many instances to jettison their promises into the shifting winds in order to gain re-election. Rather, policy and results should guide our thinking. Only in this manner can we escape the ideological cages in which many willingly place themselves and move toward independent thinking, that which will serve us best. Immanuel Kant may have said it best when he opined, “The motto of the Enlightenment is therefore: Sapere Aude! Have the courage to use your own understanding