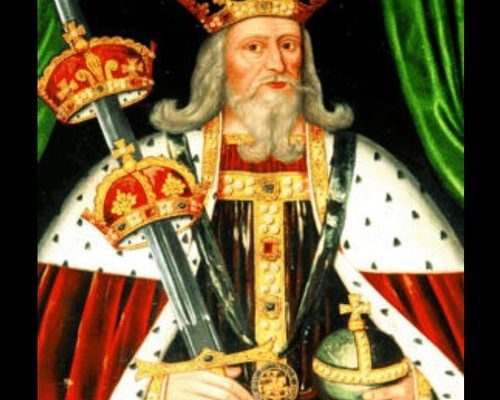 It’s a curious thing. As decades and centuries pass by, what was once considered grand, wonderful, stupendous or any other superlative we wish to attach becomes terrible, horrible, suspect, or simply wrong. Much of the time that “wrongness” is reflected in morality, that most chameleon of human reason chock full of emotion.

The case of Edward III of England is great example. Shortly after his life ended and historians wrote about him, his deeds were seen as the pantheon of kingly behavior, and his prowess in battle the stuff of legend. Historians forgave his treatment of Mortimer, and even the plight of his own father, a man he disowned and kept hidden away under the guise of death. His victories at Crécy were the stuff of legend, with contemporary historians likening him to that most legendary of English kings, Arthur. There was no pedestal higher that he could be mounted.

Fast forward 300 years and the morality of warfare changed, most specifically after the Hundred Years’ War when the idea of fighting chivalrous campaigns lost their luster as the expense, death, and in some cases the uselessness of war crept into the European consciousness. It was the age of the New Monarchs, one in which hereditary monarchy became entrenched in the succession of kings and queens, and the glory of war lost its appeal.

Edward’s appeal also underwent change. Now, his foibles, mistakes, and quest to rule France were seen as cruel and barbaric as the study of history changed from chivalric deeds to social history, where the deeds of monarchs both great and bad were judged by the social ramifications of their rule. The words of Lord Acton reigned supreme when he uttered, “Power tends to corrupt, but absolute power corrupts absolutely. Great men are almost always bad men.” Rather than celebrate his bravery for entering Crécy during the raging plague, he was seen as a fool, written about with disdain and malice aforethought. No longer the legend, Edward became the villain of his age, judged by another with a different set of morals; a figure to be reviled and shamed.

Such is the journey of most historical figures, and such is the fickleness of historians, those wordsmiths who toy with the public’s imagination, creating and destroying reputations with the flick of their pen, or quill, or any other writing utensil they might possess. Such also is the nature of the human psyche, susceptible to the waxing and waning of the morality of an age, true history be damned for there are books to be sold, the truth another casualty or hero depending on the winds of morality and the direction they blow.

It is the curse of the historian writer that they must contend with, or are influenced by, such breezes which may turn into cyclones. Sometimes literary survival depends on catering to the tempest of morality if nothing else, to survive, deeds once great tarnished or enhanced when they shouldn’t be for something as simple as…survival for the writer.

Where does the line get drawn, if such a line exists? How does the historian or writer of the past reconcile the rectitude of a time with the true deeds or misdeeds of a historical figure? Columbus is another such victim, both victimized in his time by his arch rival Bobadilla as well as some of his own behavior, behavior that overshadowed his magnificent accomplishments which were also reflective of his time only to become distorted in his distant future.

The imagination of the public is easily manipulated, twisted, and at the same time engaged by a great story. Through the spinning of tales, history is often called into question and dressed in a gown different than the ball required. A cursory reading of Dan Brown’s now legendary book, The Da Vinci Code speaks to the power of the writer as well as the immutable supremecy of story as legions swore a Da Vinci code existed, and despite the attempts by historians to educate the populace, persists even now.

It is enough to make one think: What is actual historical truth if nothing more than the whims and interpretations of the writer? Maybe the larger question asks what is truth? If we cannot count on historians to leave their biases on the other side of the pen so as to relate the historical truth, then maybe there is no truth after all. Leopoldo von Ranke, the great 19th century historian known for his “only the facts”  approach to relating history sold few books to the populace, but becoming the standard bearer until the mid-20th century. His were works of fact only, empirical in method, which eventually was considered outmoded. E.H. Carr was noted as saying historians did not merely report the fact, rather they chose the facts they use. Ranke’s work and research was nonpareil, but for the public, it was a no sale. While criticized by some for his conservative take on German history, for Ranke, morality of the age be damned…tell the history and let it sit where it may.

Today, the line is more than blurred between the real history and the stuff of legend and we are the poorer for it. When a society doesn’t understand the truth of it’s own history, or is sold a fabrication in order to fulfill the bottom line, the nation loses its identity and becomes little more than a group of lost people searching for who they truly are. Societies and individuals torn apart by the travesty of slavery suffer from this psychosis and never truly recover, nor do the individuals themselves. A nation begins to lose its very soul if its historical truth is not presented, with all its warts and medals. It is precisely the combination of the two where the soul of the nation resides; an admission of its errors and a celebration of its successes all add to the smelting process that produces strong national steel in its people. A failure to see both sides in the veil of truth is to distort that steel, making it weaker than it should or could be.

This is where we are now, not being able to discern the truth from the lies, the distortions from the actual facts and we are losing our sense of national self because of it. If we’re not careful, we’ll lose ourselves in the present, and never be found in the future, condemned to wander the ever changing seas of morality, never finding the shore of our true identity.

Historian Dr. Hannah Barker calls it “generational chauvinism”. Essentially, it is the notion that what we see as a moral

I sit among them, almost counting them as friends, but never having met them. I can almost hear their

May You Live In Interesting Times….an editorial…

The old Chinese curse (yes, it was a curse), seems to have taken root in the modern day with the election