RJ Melrose is dead, and I killed him. A brutal admission, I know, but I had no other choice as his very existence bothered me from the start. I thought I’d allow him to live and flourish, inventing his very life as a parallel to mine, but the more I allowed him to survive, the more guilty I felt.

I thought it would be interesting and thought provoking to write behind a pseudonym, living a semi-anonymous life as a writer, producing whatever I wanted hidden in plain sight, so, like Merlin the Magician, I conjured him out out of thin air.

I knew my father would not appreciate my submerging our family name as he’d made that known once before. I had a brief music career in my late teens and early 20’s where I was singing in night clubs in and around Chicago, and was decent enough that I’d made a small name for myself. Nothing that was going to get me to ‘Vegas or Broadway, but enough of one that if I was willing to become a zombie and work until 4am on weekends and odd days of the week I could make a decent living.

The music business is a brutal, slasher type business at the lower levels with dogs and coyotes fighting for every scrap of meat that’s out there, especially in Chicago, a one thriving “jobbing” town. The jobs dried up and you’re at the mercy of club owners, bar managers, and talent agents to get anything at all in terms of work. Add to that other musicians who will sabotage your reputation in order to get you cancelled out so they can take your place and it’s like a scene out of a bad zombie apocalypse movie with the clawing and scratching and eating each other to survive. I don’t have the temperament for it, preferring to confront my enemies face to face and settle our differences that way as opposed to grinding the rumor mill, remaining hidden, creating a shelter of “plausible deniability” should I be confronted. I’m not built that way, a product of my neighborhood.

During that time, I was nineteen, someone suggested I create a stage name for myself, my given name not “musical” enough and hard to remember. The name suggested was Mike Nichols. So, I went home and told my father who bristled, furrowing his brow and looking at me as though I stabbed him through the heart.

“Ours is a proud name,” he stated, “a clean name. It was all my father could leave me and all I can leave you. Take care of it, never dishonor it, and pass it on to your kids one day, Michael.”

His tone was final, made especially so by punctuating it with Michael. For an Italian, one’s name is everything and while there certainly were others who donned a change of clothes, Dean Martin for one (Dino Paul Crocetti), my father made it clear our name would never be changed, and so it wasn’t.

I’ve never forgotten that short conversation as his words and the way he spoke them drove the nails directly into my own heart. Yes, I was proud of my name, more than most, maybe, and I would do my best to live up to the standard my parents and grandparents created. I’d polish that name as best I could, trying to make sure I didn’t tarnish what they’d built. I was a DiMatteo and that was that. Period.

Then, I became a scribbler. I still don’t think I’m a writer yet as for me, that moniker invokes the long dead spirits of Dostoyevsky, Flaubert, or even the living like John Banville. No, I’m still a scribbler, but even scribblers get read and if I was going to be read, I might want a suitable pseudonym. Since I get published on a national political website (RealClearPolitics) when I write about those things, using my “real” name is fine. However, why not, I thought, have a pen name for my fiction? Pen names are good for a lot of things I was told over and over.

For one, my political commentary, which I’ve severely curtailed as I’m truly sick to death of it all, could land me on the “get cancelled” list by some brain dead, programmed, authoritarian dolt who takes great umbrage at my thoughts, no matter how rooted they are in either constitutional or historical truths. Even though I write in a rather neutral way (which, to me, is the only way to write or engage in political discourse—either it’s rooted in history or the Constitution, or it isn’t…period), the jackals will come calling if one doesn’t tow a certain political line, one in which I won’t or don’t. So, hide behind that pen name for your fiction, they said, for only then can you write freely or at least stave off the inevitable for a time.

There is precedent: Alexander Hamilton wrote under many pen names, as did Voltaire, whose real name is Francois-Marie Arouet, or even George Sand (Amantine Lucile Aurore Dupin) among a plethora of others. Some were well hidden from the pack, while others were not. Still, a pen name seemed like a good idea, so I created one.

There was a reason for my chosen name: My father’s name is Raymond, my mother’s, Joann. The last name is taken from where I grew up and am quite proud of: Melrose Park. I thought the ghost of my deceased father wouldn’t mind too much if he was honored in some way, and when I announced it to my 87 year old mother, she simply said as mother’s always seem to say:

At least she didn’t say it was “cute”.

I created the obligatory FaceBook author’s page because that’s what we’re supposed to do now, along with asking people to “like” the page, which fifty-eight did, and made it public. It was then it hit me…fifty-eight people think I’m RJ Melrose. Most were my friends whom I invited, but nonetheless, there were fifty-eight people who knew my pen name.

I created an email address as well and sent out, for fun, a couple of short stories to publications for consideration using the pen name as well. It was interesting, experimental, and kinda fun. Kinda.

The problem was every time I used the name, mentioned the name, or wrote down the name, my left eye closed as though I had an ice cream induced brain freeze. It wasn’t a perceptible closure, but more in my own head. Over the weeks I referenced that name, my eye-wincing became more pronounced, again, in my head. I was trying on a new suit and it simply didn’t fit me correctly. Too tight in the shoulders, uneven as it hung just below my waist, and the arm length was too short on one side and too long on the other. I fidgeted as I wore my new name as a child fidget’s in his chair eventually invoking the teacher’s bellowing to sit still Michael. I started to hate it.

I decided I’d leave it alone for a while, walk away, take a break. I didn’t want to break up with RJ, but thought better let him have his own space for a time as maybe I’d grow to like him again, my name-suit fitting better over time, so I did. I stopped using it. Nothing changed. In fact, I grew more uncomfortable with my alter-ego as time passed. The suit never fit.

I’m sure any dime store psychologist can tell me why RJ Melrose never fit me and why no pseudonym ever will…my father’s admonition when I was nineteen. What’s funny about it is that they’d be correct, as you are right now. I know this, and I don’t care. In fact, I’m all the better for it. If one is going to be a writer, be outspoken, or at times write things, anything, then the writer should stand by them. I know, there are myriad reasons for a pen name, and I respect all of those reasons in total; truly, I do. The fact is, however, for me, it is better to stand naked in front of the crowd, allowing them to see exactly who I am and what I stand for, then write behind a name I am not. As Martin Luther once said as he stood before Charles V and the chief representatives of the Catholic Church as he was ordered to recant his works: “I cannot—I will not—recant. To go against conscience is neither right nor safe. Here I stand, I can do no other.”

I am under no illusions; I am not Martin Luther or Voltaire, or any of the greats of the past. I am a scribbler of words and thoughts, probably destined to be cast upon the ash heap of mostly anonymous writers whose writings died with them. That’s fine, I can live with that. In fact, I embrace it wholeheartedly. What I cannot embrace is pretending to be someone I am not even if it’s just a name.

RJ Melrose is dead, but Michael DiMatteo is quite alive and quite well, come what may.

Confirmation Bias: An Illness that Plagues Us 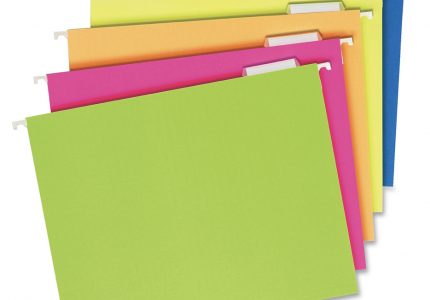 I wasn’t sure where to put today’s writing. I have various folders scattered about in the ether that is the cloud, so many at

I find that the early morning, I rise about 5:30 AM these days, is the best time of day for me. The house is still…still to