Government doesn’t have to have a massive revolution anymore in order to change its philosophy. Gone are the days, we hope, when blood on the streets was needed to change ruling methodology, say, from monarchy to communism as happened in 1917…no…the federal government can accomplish such things simply by imposing regulations, compelling compliance through executive order*, or using federal agencies like the EPA to wrest more and more power from the population, undercutting what our Constitution is/was supposed to guarantee – individual freedom and a solid business environment in which to grow.

Consider the current energy problem plaguing the country. We’re told it’s largely because of the war in Ukraine, yet all of the sanctions that were supposed to decimate Russia’s ability to function economically have been reduced to fodder. The Russian ruble has made a dramatic recovery and Putin is making more money now, some 1 billion per day, than he was prior to the war—China and India his largest customers.

So, how come we have an energy problem?

The current administration has openly stated on many occasions they wish to wean our population from the “evils” of fossil fuels, with Energy Secretary Jennifer Granholm stating as much on many occasions. While the price of a gallon of gas is astronomical at present, refinery capacity is not only down, but many – 11 for sure – are closed, reducing capacity to refine oil into gasoline. The reason? Government regulations on not only gradations of gasoline, but incentives to convert those refineries into making other fuels.

While President Biden and his spokespeople tout the fact there are a number of leases for drilling available for oil companies to use, they fail to tell the population leases are of no use without permits, and the regulations in order to drill are numerous making said permits almost impossible to get.

Further, enough regulations have been placed on refineries it is simply not profitable to run them – no new refineries have been built here since the 1970s. One refinery, the Houston refinery, is slated to close by 2024 because of the cost of upgrades demanded by the current administration to reach its decarbonization goals. Result? It will join at least 4 others reducing the nation’s capacity to manufacture gasoline by some 5% on top of what we’ve already lost.

Even pension funds are not safe from federal regulation/manipulation in order to achieve its goals. One example are regulations detailing where pension funds can invest. By limiting fund investment to certain sectors, the federal government can dictate where monies are funneled, forcing funds to invest where the government sees fit. Regulation – let authoritarianism be thy name.

In another example, the EPA is using regulations to limit farmers’ pesticide use,* a move that estimates say could cost the American consumer 4.3-6.5 billion more a year as the cost of food will rise, the government, again, flexing its collective muscle, impeding market forces and, in essence, being dictatorial. This is not limited to American farmers either, as the Dutch government is dealing with a massive livestock farmers’ strike for attempting to do the same thing regarding halving the nations livestock to reduce nitrogen emissions – because the Dutch government is also pursuing a “green” agenda.

Argue all you want about pesticides but they are essential to the farming community and to food production in our nation and around the world. The point in this example is to provide a means by which to see the power of federal regulation, regulations that have the force of revolution if applied directly to industries. By the way, have you tried to buy “organic”?

While the United States was built on a capitalist foundation, over the last fifty or so years the federal government has whittled away at that philosophy with a deluge of regulatory practices, mostly beginning in the 1960s, but extending as far back as the “Trust Buster” period of Teddy Roosevelt. While some regulation “may” be necessary (Thomas Sowell and Milton Friedman might disagree), over regulation does little but hamper business, slow economic growth and, in the words of the historian Fernand Braudel, interfere with the “wheels of commerce”.

*Executive Order is not law. It only has the force of law if Congress does not take action. Our Congress, as discussed many times, rarely, if ever these days, takes action giving undue power to the presidency through Executive Action.

*The current fight is atrazine, a significant ingredient for safeguarding harvests. The EPA is insisting this long used pesticide be curtailed in order to protect “aquatic plant communities”. The studies done show no immediate problem with the current use of atrazine, nonetheless environmental groups are pressuring the feds for less use.

De-Tracking Education: When the “feels” is more important than educating our students

The American Federation of Teachers: Are They Really Helping Teachers?

I get a daily notification or summary from the NY Times wherein they send me a featured article of the day. This day, a

Ok…I get it…I really do. There have been some Supreme Court decisions this week that have riled some and made others happy. I 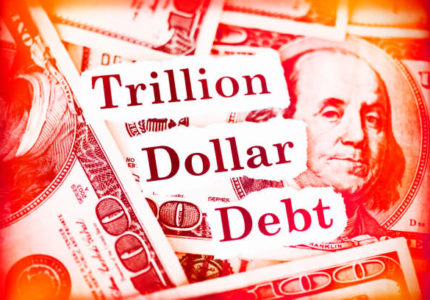