Historian Dr. Hannah Barker calls it “generational chauvinism”. Essentially, it is the notion that what we see as a moral outrage today was not seen as such during the historical time period in question. Rather, said practice, whatever it was, was accepted as “normal” practice. Dr. Barker, in her outstanding work That Most Precious Merchandise: The Mediterranean Trade in Black Sea Slaves 1260-1500 (the vast majority of said slaves being non-African) addresses this tendency to generational chauvinism arguing there must be an understanding that while we, today, certainly see the slave trade [in this instance] as a moral outrage (even though it continues to this day), those in the past didn’t see it that way at all…in fact, it was not only thriving, but taken as a legitimate way to make a living.

As we cringe at that notion, the concept of generational chauvinism is something we must consider when contemplating the history of peoples and nations.

There are many such things historically that fit the same bill, and many such ideologies as well; Aztec “flower wars” used to obtain subjects for religious human sacrifice, forced “religious conversion” as the Spanish did in the Americas during the Age of Exploration, and even suttee, the act of a Hindu woman cremating herself on her husband’s funeral pyre as a final act of being a wife – now outlawed.

What the West finds itself doing, however, is attempting to apologize for those wrongs done in the past, wrongs which, in many instances, were accepted practice. It is as though in our time our leaders, mostly in the West, are expected to apologize for all human wrongs wherever they go, the Pope being the latest during his trip to Canada.

Rightfully, the German government issued apologies for what the Nazis did to the Jewish population in the 20th century. The Holocaust, one of the most horrific events in the modern world violated all of the “norms” of the civilized West. Rightfully, those Nazi members who committed such acts were, and are, continually searched for and brought to trial to face the consequences of their actions. The Nuremberg Trials also signaled there would be no tolerance for such acts (even though they continued in other nations). The difference was that heinous act, among others, occurred in “our time” those dastardly people held accountable in recognition of the intolerance of such acts.

Not all were held accountable for their acts of barbarity during the century.

Stalin was never held to account for his acts of barbarity against his own people, nor was  Mao. Certainly the deaths of millions under both dictators merited such a response yet none was given, the risk of another major war likely the culprit. The result was allowing such people to go unpunished, the moral outrage rightly directed against the Nazi regime not directed at the Soviets nor the Chinese, and neither has *apologized* to their own people. Yes, Khrushchev gave the “Secret Speech” but the problem is in the title.

The Japanese gave a rather tacit apology for the rape of Nanking, but little more than that with many still denying it ever happened despite so many women, Chinese and Korean, coming forward with stories of the barbarity of said event. In our own time, no less.

All of those were in the modern period, but what about the past?

Whether we like it or not, and most don’t, the notion of conquest and subjugation was an accepted part of the human past. Enslavement was also an accepted part of society, as were a great many other things today considered “wrong”. Are we, in our time, following the idea of generational chauvinism, to apologize for all of the “wrongs” of human history as we perceive them? Are we to carry the cross for every generation’s wrongs when they, in fact, saw them as normal or acceptable? When did we in the present decide we are the determiners of what is right, moral, and acceptable throughout all of time past?

What’s interesting about generational chauvinism is this: eventually we are going to be wrong. We’re going to be considered the ones who abandoned the moral high ground, preferring to normalize that which future generations will see as abnormal or abominations of, well, you can fill-in-the-blank. What then? Will they apologize for us? It would seem they must, igniting a never ending human apology tour for the rest of human time, apologies which are little more than virtue signals for each generation, and accomplish even less.

The best we can do is accept what was as a product of “their” time and live our lives we believe is correct. In the end, we’ll probably be wrong anyway.

When Will WE THE PEOPLE Say Enough?

De-Tracking Education: When the “feels” is more important than educating our students 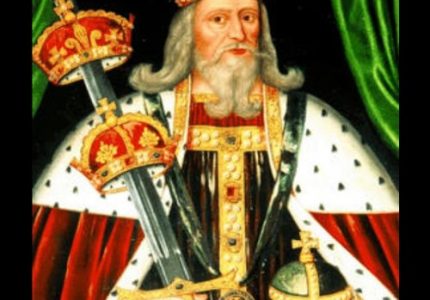 It’s a curious thing. As decades and centuries pass by, what was once considered grand, wonderful, stupendous or any other

I sit among them, almost counting them as friends, but never having met them. I can almost hear their

May You Live In Interesting Times….an editorial…

The old Chinese curse (yes, it was a curse), seems to have taken root in the modern day with the election