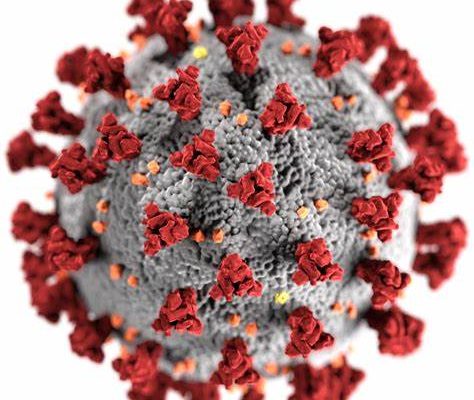 Total number of cases and death in the United States

*It stands to reason that there are two factors that impact the virus the most. First, population density. The more crowded the state or city, the more infections will result. This has been the case throughout history. Further, the most populous states will have a greater infection rate as well. In the end, it’s all about population, and population density.

**I chose New York as it has the most cases in the nation, and therefore would represent the worse-case scenario)

*As you can see, the highest incidence of death rates occurs among people 75 years and older. Anyone younger than 44 has virtually no chance of death, with under 17…none at all right now. One can then extrapolate from the available information that if you are healthy, young and healthy, and under 75, your chances of dying are minimal. If you are in the 65-74 age group, less than half the chance of someone 75 and older.

Historically speaking, thus far, here are the numbers regarding virus infections and impact on a global scale. Further, the dates accompany the virus.

*Covid-19 is near the back of the pack with regard to fatality rate. The 1967 Marburg is the worst, ironically, during the Woodstock festival. Some have estimated that Covid19 was here last year (2019), but that is speculation. The fact is that to this point, Covid19 is not as deadly as some of the previous infections we’ve had…to this point.

*Statistically speaking, Covid-19 lags behind Pneumonia during the same time period but does outpace influenza deaths. What we don’t have are numbers regarding heart attacks, and many other such causes, but we do have a comprehensive stat on deaths in total, as seen on the gray line.

*According to the chart, the United States is not even in the top 10 regarding deaths per 100,000. This could be from a number of factors which include social distancing, shelter in place and hospital care. The fact is that in concert with the age statistic, the United States is doing quite well in treating this virus which, to this point, is not as deadly as others that we’ve experienced.

Further, the information presented, does make a case for a few things:
A. If there is going to be restriction of movement, it should be based on population density, not a blanket approach.

B. The chances of contracting the virus is present but does not present a “death risk” as high as the media would present. Further, age is a specific determiner of susceptibility to this virus regarding death. In essence, the older one is, over 75, the greater the chance of death.

C. Those of advanced age should remain quarantined, for their own safety.

D. The United States response to this virus was not horrible by any stretch if one takes into account deaths per 100,000. Does this mean it was perfect? There is no such thing. What the stats do suggest, however, is that our national response, was much better than other nations.

If we are to look at this virus locally, here are two charts taken from ABC local Chicago news.

Below, is a statewide concentration…notice how the RED is concentrated in the areas with the greatest population density? This supports the argument given above nationally.

Here is my overall point.

Our country must begin the process of re-opening. The very idea that this virus is on the same level as the Black Death of the 14th century, the Spanish Flu epidemic of the early 20th century, or even Marburg of 1967 has thus far, not been borne out. Further, there are other mitigating factors, such as a possible rise in depression cases, spousal abuse cases, drug abuse and suicide that have not been statistically kept thus far (to my knowledge).

In addition, the risk of remaining closed and the subsequent destruction of our economy is not, in my estimation, worth remaining in lockdown. The reason for the lockdown or shelter-in-place in the beginning was to “flatten the curve” in order that our health system was NOT overloaded. It was not…the goal, thus far, was achieved. There were no ventilator shortages, hospitals are actually releasing health care workers as they don’t have enough money coming in to support Covid-19 only cases, and people are losing their livelihoods.

In the state of Illinois, Elgin Hospital, once closed, was renovated at a cost of some nineteen million dollars and has not been used. Only a few people were in McCormick Place. This can also be attributed to the shelter-in-place order as well, but again, the curve has been flattened.

The very idea that advocating for re-opening is akin to placing money over lives is patently untrue. I would suggest quite the opposite. People need to work, to make a living. The corporate big wigs are the ones that can afford to stay closed indefinitely, as can government workers, like me, for they are still getting paid. Those with retirement benefits are in the same boat as well. It’s the working men and women who cannot. They need that income as they depend on it for their very survival. The notion that the United States government can simply print money and give it out is not feasible. Recall your history. The fledgling Weimar Republic did that in 1923, causing the first of two depressions in seven years, and the inflation they suffered was much worse than the cure. We cannot print money indefinitely. Currently, we have some thirty million people out of work, losing their very existence for a virus that, statistically at least, is not anywhere near as harmful as others in the past. To suggest that money is taking precedence over lives is patently untrue and disingenuous.

Freedom, in itself, is a risk, and the very notion that government is there to save us from ourselves is not only wrong, it is wrong-headed. Yes, if we re-open, there is a risk…there is a risk doing anything, especially when we live free. However, there are measures that can be taken. Old people should not be “out and about”, the statistics show us that. If you are under sixty-five, you are also relatively safe. Younger than that? Let’s get working again. Schools can re-open, but if the educator is older than sixty-five, they should not be there.

Closing this country indefinitely to eradicate the virus is a ridiculous notion, and one that will completely destroy lives, not to mention our nation. This is not a partisan issue it is an American issue. The virus may stick around as the influenza one. Does that mean we’ll never re-open again? Ludicrous is the only word that comes to mind. Check the statistics…do your own research. Maybe I’m wrong, but at least there are numbers here to support my case. So, I’ve laid out my case, what’s yours? 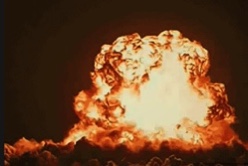