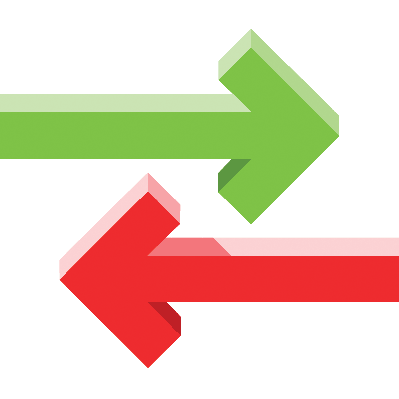 A.O. Hirschman was an economist as well as political scientist. When it came to political theory, Hirschman was unique in his analysis of the human condition in that he postulated three versions of reactionary thought. They were: perversity thesis, futility thesis, and jeopardy thesis. We are going to concentrate here on the ideas behind the perversity thesis, as I believe it most closely resembles what we are currently experiencing in our nation right now.

The fundamental theory behind the perversity thesis is this; “any purposive action to improve some feature of the political, social, or economic order only serves to exacerbate the condition one wishes to remedy.” Further, by doing so, it will unleash “a chain of unintended consequences, the exact contrary of the object being proclaimed and pursued.” Lofty words, and seemingly complex theory, but upon analysis, it’s not really that complicated at all.

Let’s suppose that there is a movement to remove the current mode of government which, we’ll say, is a monarchy to one more palatable to the population, say, a republic. If we take into account that people, by nature generally apoplectic regarding change, then we can assume that the process is going to be difficult. This is not a stretch at all. Think of your own life. Do you typically embrace change or fight it? Most will resist if not outright refuse change for we prefer our balance, our rhythm, our habits. Change represents a sometimes abrupt upheaval of those habits and as a result, angst in our lives. People don’t like angst, so we naturally resist.

This, then, means that if change is going to occur, it is going to have to be forced upon the populace. There are a number of examples historically that prove this point. In the quest to break the shackles of monarchy and bring equality to the people of the Soviet Union, Lenin and his successors imposed strangling sanctions, death, execution and imprisonment to those same people they purported to free and make equal. In the name of furthering religious zeal, bringing people closer to God, the Popes killed and maimed their flocks, those that dared to challenge their interpretation of the bible or even their very power, to do so. Even in our own time, while raising taxes on the rich in order to produce more income for the federal government, the amount of money the rich paid in taxes actually declined during the period of the 1930’s and any other time in American history when that strategy was employed. Counter-intuitive, as it would seem that raising taxes on the rich would automatically generate more money for the government but in actuality, history shows that the reverse is quite true. Tax shelters, moving money offshore, and lack of investment in the current company are reasons for this. They simply don’t trust the government, so hide what they can.

The concept here is that when extreme measures are taken in order to foster a political, social or economic change, the opposite usually occurs. In modern terms, we refer to it as blowback, or pushback, or reaction. Whatever the term, that is most often the result.

If we are to look at the current state of affairs right now in these United States, we are seeing an upheaval of sorts. We are not seeing rational thought, precise conversation, or even thoughtful engagement. We are seeing action spurred initially by anger over the blatant murder of George Floyd, for which there can be no excuse. However…

The continued actions by the mob, be they members of any group is modeling the perversity thesis in real time. Extreme reactions such as looting, burning, and protesting that turns violent or shuts down entire neighborhoods does little more than divide an already divided populace. Rather than rationally work to address wrongs there was unfettered looting, burning of neighborhood business, the setting up of quasi-states, and tearing down of statues (a topic for a different article). This wanton destruction has done little to further the cause of any movement associated with those acts, rather, they are spawning reactions against them that further fray the already frayed conscience of the nation. In addition, rather than bring the country together to combat some of the problems that exist, those actions are not only driving the nation apart, they are fostering within our country notions of racial and cultural separation. There have even been calls for separate states for blacks, Hispanics, liberals and conservatives. What’s next? Separate drinking fountains? Schools? Sports teams determined by race (yes, there are calls for that too recently)?

All of the great work and the messages from leaders such as Dr. Martin Luther King, Jr., Malcolm X, John Kennedy, Rosa Parks, and Frederick Douglass seem to be little more than footnotes in history, covered with the dust of time, their words barely visible on their monuments.

The necessary work of the middle 1960s’ with the Voting Rights Act and the Civil Rights Act seem to have been deliberately shunted aside in favor of division, a division once supported by the Supreme Court in the landmark case Plessy vs. Ferguson (1896), only to be rightly struck down and relegated to the trash heap of history starting with Brown vs. Board of Education. No longer were there going to be separate Pullman cars for any race, ethnicity or religion mandated by the state. We were at least on the road to living up to our creed as immortalized in the Declaration of Independence.

Now, it seems, we wish to go backward. A nation wanting to relive that inglorious past, fueled by an unbalanced rage that, while understandable at the outset, has long outlived its usefulness, and dare I say, became hijacked by grifters, and those with specific agendas for their own personal glory than those they purport to serve.

Hirschman wrote his book The Rhetoric of Reaction: Perversity, Futility, Jeopardy to warn against both extreme right and extreme left disengaging from productive argument. The more productive dialogue is cancelled, he argued, the greater chance that reform will fail. Republicanism and Democracy rely on a free and willing exchange of dialogue with the intent to listen and admit wrong is as air is to breathing. Lose that and we lose the society we built. Perversity theory in practice.

What’s more, people are dividing themselves among those same groups, turning on each other as rabid dogs turn on themselves. Our nation is eating itself alive, with some sitting back watching the carnage, egging it on for their own nefarious purposes, little of which have to do with the preservation of our nation. They would rather it be stripped to the bone, little more than a carcass in the desert, with us as the jackals tearing at each other as they wait to promise us salvation.

We’ve seen this before. History has seen it before in force. Stalin, Mussolini, and Hitler all rose from the ashes of their torn nations to claim power for themselves, promising to bring an end to the chaos, never telling those they would rule that it would cost them their souls. Cromwell of England, he who killed a king became little more than a dictator, couching it all under the guise of saving Parliament. Napoleon of France did the same thing, saving the Directory, that oligarchy which survived the Revolution, only to be usurped by Napoleon in 1799, the very same who crowned himself emperor in 1804.

Who will rise out of the ashes to save us? Who will claim that title as we allow our nation to descend into chaos as we await a savior? One will surely claim the title, or lay claim to it, pledging to destroy the very constitution that is the backbone of the most powerful nation on the planet. They will claim it’s old, out of date, and needs to be torn up in favor of a new matrix, one in which the government wields the power, not the people. That, too, has been done, just ask, well, virtually any nation in history.

We are not those places. We have been and are the beacon on the hill. We are the ones, thus far, that have made differences work. The phrase was chosen for a purpose, to remind us of what we are. E Pluribus Unam – Out of Many, One. Do not lose sight of that, America. Do not allow those that would seek to divide us a foothold in our psyche any more than they already have. See our imperfect past and look at where we are now. Schools that have students of all races, religions, and creeds learning together. People of all walks of life living in the same neighborhoods. Women and men, working as equals, side by side in every level of society. Do we really want to revisit the past? To know where you’re going, one must understand where we’ve been. The road behind us is long, with much more to go ahead of us. I hope we don’t take a wrong turn.

His face was swollen, he was bleeding from a broken nose, and both his eyes were almost shut. This doesn’t even take into