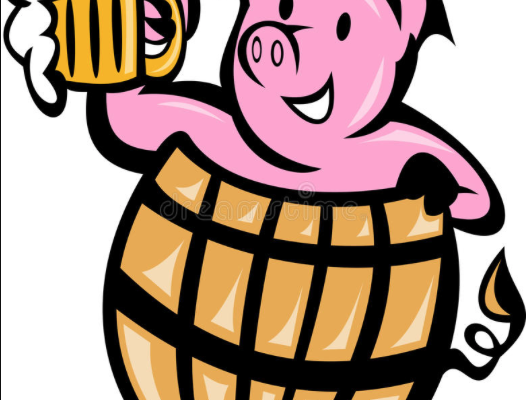 There’s been a lot of consternation and controversy over the lack of a stimulus bill being passed by Congress. The Constitution lays out the rules: The House has the power of the purse (the Origination Clause), meaning spending bills must originate in the House of Representatives, similar to how it was done in Great Britain. The major difference in our system is that the Senate has the power to amend said bills, or agree with any proposed amendments. The office of the president does not have much control on the creation of these bills, but does have veto power along with presenting a budget to Congress.

As one can imagine, there are many problems with spending bills. Getting two parties to agree on what should be in a bill is difficult enough, made exponentially more so because spending bills tend to be a repository for pet projects so members of Congress can prove to their constituents they’re “doing something for them.” Those “add-ons” are referred to as pork. It’s a “I’ll vote for the bill if you attach money for the company that employs people in my town” type of transaction. Not illegal, not wrong, just simply the cost of doing business in Washington where barter of that sort gets things done.

The problem is that a law with the best intentions will get smothered by pork, making the cost of doing “the people’s business” much more than it ought to be, and increasing our debt in the process. Case in point: The latest spending bill submitted by the House of Representatives and Nancy Pelosi- entitled the HEROES ACT (all of which you can look up yourself):

-$5 million to support libraries and museums

-$30 million to the GAO (Government Accounting Office) to conduct oversight of funding provided to federal departments and agencies for corona virus response and recovery.

-$1.5 billion for Substance Abuse Prevention and Treatment (block grant – means states can divvy up the money as they see fit)

There are a bevy of other expenses as well. Money for infrastructure, block grants for the performing arts, the Kennedy Center, and other pet projects government officials foster and support. Again, this is nothing new, just the cost of doing business in Washington. But how does any of the above relate to stimulus money?(1)

Much rhetoric by both parties has centered around the inability to get a stimulus bill passed. Democrats under Nancy Pelosi say that Republicans don’t care about the working people of this country. They’ve done little more than stonewall her 1400 page bill that would provide money for business, state governments and working men and women throughout the United States. Her contention is that Republicans care only about big business, kickbacks, and “politics as usual” in Washington, where the rich get taken care of at the expense of the working men and women.

On the other side of the coin is Mitch McConnell who simply won’t bring this version of the bill to the floor of the Senate for a vote.(2) Why? Pork and rising debt. The bill contains pet projects and money as detailed earlier for a bevy of items not at all related to stimulus for the American worker. His proposal is to cut the pork and provide money only for the working families of the nation, not states, the bulk of which would go to places like Illinois who’ve not practiced proper fiscal responsibility, but rather have conducted themselves as though the state is little more than a money printing machine. He simply refuses to allow that.

In one aspect, Nancy Pelosi’s bill is comprehensive in its approach. There’s money for many government programs which include child care, substance abuse program funding and other such social measures. Further, it would provide a trillion dollars for state bailouts, something sorely needed in mismanaged states like Illinois and California – Pelosi’s home state run by one time family relation Gavin Newsome. But, there are also some other items hidden under the wording of the bill.

In the latest iteration, as laid out by Washington Post writer Betsy McCaughey, Pelosi added wording that would rewrite election law in 2020, forcing states to accept absentee ballots 10 days after the election, bar voter ID requirements, and impose same day voter registration requirements. These are not stimulus related, but rather separate actions that Congress should take up after a stimulus check is sent out.

There’s even more “other white meat” projects as well. Billions would be spent closing budget gaps for states, and even 200 million for schools, only 2% of which actually goes to install sinks or improving air quality.

Republicans and Democrats alike are on the same page when it comes to stimulus checks. The problem comes when “add-ons” are stuck into a bill as though trying to sneak provisions in that have nothing to do with the stimulus itself. Both Democrats and Republicans are guilty of this, but in this case, Nancy Pelosi has been relentless with the add-ons, and Mitch McConnell will have none of it. This does not mean to say that Leader McConnell is right to deep-six the entire bill as some provisions have merit, but at what point is pork more important than the stimulus? Is there a solution to curb this practice?

The answer is a line-item veto. Bill Clinton advocated for it and received it, for a short time. When he did have it and used it, it was estimated his 44 line item vetos saved around $2 billion dollars. Advocacy groups eventually took the President to court and won a victory, upheld by the Supreme Court which declared the line item veto unconstitutional, and it was stricken. Their reasoning, said Justice John Paul Stevens was that “There is no provision in the Constitution that allows the president to enact, amend, or repeal statutes.” Further, Justice Anthony Kennedy stated that the line item veto could “enhance the president’s power to reward one group while punishing another.”

So, if a line item veto is unconstitutional, and party leaders will not curb the practice of stuffing each bill as though it were a Turducken, what’s the answer? It’s actually quite simple, but not. As always, the onus falls on the voter. The source of all political power in this nation, as currently constructed, is the people. That’s why the first three words of the Constitution are We The People. We’ve forgotten that, or selectively choose to ignore it, preferring to allow our elected leaders to act with impunity, special interest groups to flood the system with money in order to sway a vote, or simply ignore what’s going on and live our lives the best way we can. All of it sounds good but none of it is. Our federal republic is one that demands our active involvement, and until We The People determine that its in our best interests to become actively involved other than presidential elections, we will continue to be fleeced.

My Side – Your Side – Our Side: A Plea for Tolerance and Reason