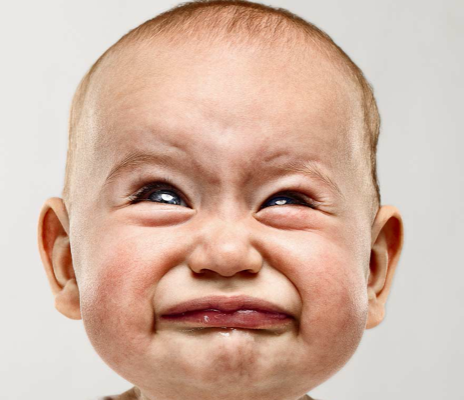 Time for a Time-Out Democrats

I’m just going to say it. Childish. That’s how the Democrats are acting. Childish. Like the kid who didn’t get what they wanted for Christmas, they’re throwing a temper tantrum about Justice Amy Coney Barrett, one of the most accomplished and well respected judges to ever be empaneled on the Supreme Court. Even liberal professors of the law recognize her qualifications, despite their political leanings. Further, she is a woman with 7 kids, two of which were adopted from Haiti. One would think such an accomplished professional would be feted with resounding thunder among various women’s organizations, the political elite, and anyone who purports to support the women’s movement. Oh, wait, I forgot…she’s a conservative woman. They don’t count.

Clearly Justice Sandra Day O’Connor counted when she was nominated by President Reagan and unanimously approved by the Senate on July 7th, 1981: A Congress led by democratic House Speaker Tip O’Neill, and Senate President George Bush. Justice O’Connor was an eminently qualified jurist approved by everyone not because she was a woman, but because of her excellence. I had the opportunity to attend a court session when she was seated. She was, by far, the most impressive justice on the Court. Impressive not because she was a woman, but because of who she was…period. Seems our political establishment was a bit more reasonable and, dare I say, civilized than what we are enduring today.

That leaves me to wonder about the problem with Amy Coney Barrett. There was nothing unconstitutional about her nomination. Nothing unconstitutional about the Senate moving to approve her. Nothing really controversial about her as a judge other than her strict Catholic beliefs which she stated will not factor in her legal pronouncements. In fact, any fair minded person would have to agree that she knocked her hearings out of the park. So much so, those against her nomination were relegated to pontificating about Obamacare and its demise, the possibility of Roe v. Wade being overturned (which it won’t) or other such nonsense. Maisie Hirono was so bereft of sense that she actually asked her if she’d ever molested anyone before. The hearings were not about Justice Barrett’s qualifications but rather an opportunity for the Democrats to rail – about everything under the sun other than her nomination. To be honest, it was embarrassing.

The fact is this: The Left has a fundamentally different view of the Court than conservatives. I say the Left because they are not liberals – there is a distinction. They are left, way left. They see the Court as a vehicle to change or make law, not to interpret law as its mandate states in the Constitution and as Hamilton lays out in Federalist #78. They want that third branch to be an activist branch so that if changes can’t be made through the legislative process, the Court will pick up the slack. How else can anyone justify the absolute outrage and outright threats levied against the voting populace since last night?

All one has to do is listen to the venerable Representative Alexandria Ocasio-Cortez, more media star than knowledgeable lawmaker to see and hear that. She openly stated and is calling for court packing as is the rest of the self-named “squad”. Why? They’ll tell us that it’s to balance the court as they have co-opted the term “court packing” to now mean “more originalists than activists” or more republicans than democrats (even though Justices are not supposed to be affiliated with any party – that’s the reason for wearing robes). Court packing is not illegal, nor unconstitutional, but over 100 years of precedent and a rather stern rebuke of President Roosevelt’s attempt signal its not acceptable.

In addition, the Left is calling for term limits for justices as well, which would take a constitutional amendment, something that is also going to be difficult to accomplish. Finally, Senate Minority Leader Chuck Schumer told us “My colleagues may regret this for a lot longer than they think.” Apparently, veiled threats are part of our civil discourse in the halls of Congress. Burn it all down, burn it and start again because we didn’t get our way.

The fact is that Justice Barrett’s nomination and appointment did not violate the Constitution in any way, period. It did not make Republicans hypocrites either as they followed accepted constitutional procedure and just happened to have the executive and senatorial seats to place her on the Court. The Democrats would have done the same thing if the shoe was on the other foot and it would be exactly the correct thing to do. Precedence means something and this was exactly what it was…judicial precedence.

What has ensued afterward is little more than a temper tantrum. We didn’t get our way so we’re going to turn the table over and scatter popcorn all over the room. Having said that, if the Democrats win the Senate, presidency, and House, then that’s their right…the people will have spoken. As long as their changes are constitutional, so be it. Anyone that has a problem with that is wrong as well. I suspect that should Mr. Biden win, and the Senate goes to the Democrats, there will be little if any violence, burning of buildings, or looting. I could be wrong, but that’s what my gut tells me. Rather, it will be rectified, if the people believe it needs to be 2 years later as trends suggest (after elections, there is usually a change in the makeup of Congress in the next election).

As I’ve written before, the Supreme Court is not to be another arm of the legislative branch. Rather, it is to be a thoughtful voice in the cacophony of sound which is the Congress of the United States. Here’s hoping that Amy Coney Barrett will be that thoughtful voice as she enters her position. And here’s to the rational among us, be they Democrats or Republicans, that we may bring sense, sensibility, and respectful debate to the table rather than the stomping of feet and political posturing we’re seeing right now.

My Side – Your Side – Our Side: A Plea for Tolerance and Reason