Cognitive Dissonance: If The Narrative Fits….

Blasphemy: The act or offense of speaking sacrilegiously about God or sacred things.

It’s the last part that needs to be addressed. How does something become a “sacred thing”? There are two ways: We are told by our leaders they are sacred or we see something out of the ordinary, something we don’t understand and we make it sacred, as the ancients worshipped the sun or a passing comet. Can’t explain it? God must be involved or it must be a god.

The latter makes sense for it addresses something primal within us, locked in our DNA. If we don’t understand something, we run back to the explanation we’ve been depending on since Lucy and her children were trying to survive in prehistoric Tanzania. It’s God, or it’s a god. At least we have an answer, an end point that allows us to move on. Over time, we come to accept that god until a more reasoned answer comes along disproving divine intercession. Even then, there are those among us that will refuse to accept the explanation, and continue to worship the passing comet or some other such deity.

We anoint priests to guide us in the worship of said deity as well, and they study the now holy comet divining information that we could only dream of. They ignore the obvious that the comet in question is not a god at all, has no magical powers, but is simply something streaking across the sky, a colorful firmament pen for our amusement. No, the priests tell us it is a sacred thing, an omen, a spiritual warning, so we believe. The officials of government tell us the comet is a sacred thing because they’ve deemed it so. We must believe and anyone that doesn’t, well, they’re ostracized from society, shouted down, and ridiculed. You are not part of the collective, and don’t therefore belong.

See, it’s about the accepted narrative, the number of times we’re told something. If we hear it enough, no matter the contrary evidence, we will reject the new narrative because we’ve become “used to it.” It’s seeped into our subconscious and once there, ironically, only an act of God can remove it, and even that may not be enough. We will fight to keep the accepted narrative, especially if it seems based on logical principles.

For centuries, Aristotle was right. The sun did move across the sky. We knew this because we could see it with our own eyes. It made sense and was logical at every turn. A moving sun was corroborated in the Bible as well, so said the Christian priests. And since the Bible taken literally mirrored Aristotle, the moving sun fell into that rarefied territory of being unchallengeable as did the unmoving earth. So unchallengeable that a luminary mind such as Galileo was almost executed for stating that the Earth moved rather than the sun. Do not question that which is accepted. Do not deviate from what’s been deemed correct. In case you’re wondering, Galileo was right, the Earth does move.

In the current pandemic there are untouchable ideas much like that moving sun, and the priests of those ideas are called medical doctors. They are now the all-knowing, all-seeing oracles who possess knowledge that far surpasses anything we can present as alternative information. Should others, or other members of their priesthood deviate from the accepted message, oftentimes contradictory and wrong, they are relegated to the non-science crowd. They’re shouted down, and their findings not accepted. In fact, they become the heretics to be burned at the public opinion/social media stake. Even members of the medical community who challenge the existing findings are similarly executed. There’s no room for dissenting opinion even if that opinion is backed by studies, experts in a related field, or simple common sense. Nope. Offer dissent and the stake awaits, or worse yet…you’re called a Republican!

Take our current Covid crisis. There are a number of studies, the most recent one by the Danish which suggest that mask wearing is not helpful. Even people such as Kristin Meghan who are experts in the field of masks, doing little more than studying them and their effectiveness are ostracized for daring to challenge the mask narrative. Studies not only questioning but refuting the wearing of them during this Covid-19 period are thrown into the fire with counter-arguments based on little more than logic alone – the sun does move, just look at the sky.

Charts, graphs, and numbers show a story of the relative ineffectiveness of masks and the problems with re-breathing one’s own exhaled CO2, yet because the narrative has been fostered by the media and drummed into the heads of the public, mask wearing is accepted dogma. There is no chance that reason based science will overturn the narrative, the headwinds are too powerful.

The same can be said for students back in school. Very little, if any evidence exists to suggest that schools are transmitters of Covid, yet the teachers unions are fighting tooth and nail to remain remote. We hear so much about listening to the science, well, science suggests, as does data, that kids should be back in school along with their teachers – preferably masklesss. Not going to happen.

Shut downs don’t seem to work either, rather, it seems they make things worse, or so say a number of charts and graphs. But, since those charts and graphs fly in the face of the accepted narrative, they, too, will be abandoned. Our betters, the governors we’ve elected, have determined they can save us from ourselves. Yes, they tell us, government always has the answers so do as we say, but not always as we do.

Then, of course, there is the partisan political divide. This chasm can no longer be bridged. If one is a Democrat, masks, lockdowns, and the extreme measures proposed are the answer, despite the science that says 99.8% of people under 75 will live, and if you’re over that age, 95% chance. To quote those stats means one is a ghoul, willing to sacrifice lives in order to enjoy a meal at your favorite establishment. Social media symbolically crucifies those that dare stray from the accepted narrative, and like those once afflicted with leprosy, they who espouse anything else, are shunned.

Think 31 is not advocating anything, just pointing out what Franz Fanon said about cognitive dissonance when he said,

“Sometimes people hold a core belief that is very strong. When they are presented with evidence that works against that belief, the new evidence cannot be accepted. It would create a feeling that is extremely uncomfortable, called cognitive dissonance. And because it is so important protect the core belief, they will rationalize, ignore, and even deny anything that doesn’t fit in with the core belief.”

This is the state of where it seems we’re at in our society on a variety of topics, Covid-19 and the efficacy of masks and approach notwithstanding. Other voices should be heard rather than silenced. Echo chambers have never been proven to be productive, yet here we are, unwilling to listen to other dissenting voices that counter the narrative spoon fed to us by a compliant media and those we’ve elected.

The Religion of Wokeism 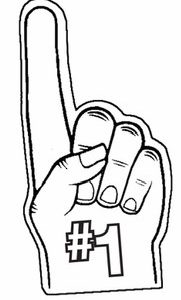