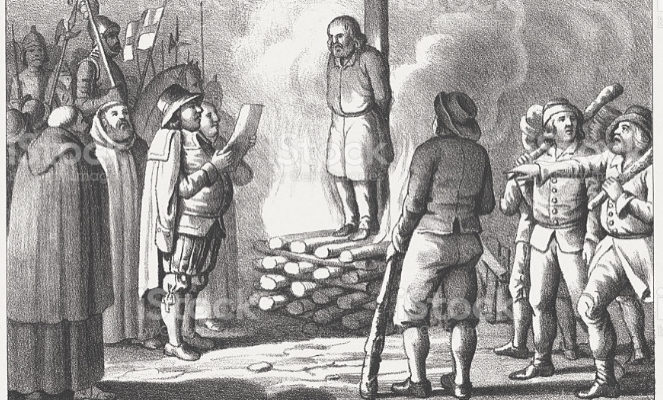 The Religion of Wokeism

There was a time when the Catholic church stood supreme in Europe. To question the papacy, church dogma, or even the faith itself was considered heresy: a fate punishable by the most excruciating death imaginable. Most often burning at the stake was undertaken, but there were also instances of disembowelment, crucifixion, as well as drawing and quartering. To merely speak against the dictates of the Church was to invite ostracism if not death. To strengthen its hold, the Church issued the Dictatus Papae in 1090 A.D. which, among other things, stated that the Pope was the sole arbiter of interpreting scripture, appointing bishops (1), and above all else, infallible. That last point is most important for it ensured the papacy was not accountable for its errors, and if there were any, they were to be ignored for the Pope was perfect.

Fast forward 300 years and another document was issued: The Unam Sanctum. This document reaffirmed church authority as well as cementing the dogma of submission to the Church (the Pope) in order to achieve salvation. In either case, to proceed against the accepted teachings of the Church meant an accusation of heresy with some or all of the punishments previously mentioned. The message was to toe-the-line and never question any of the accepted practices, rituals and dogma that were vetted and found to be the truth – their truth – but truth nonetheless. Should you question, you did so at your peril.

There are a few religions making the rounds, but like the various tributaries of Christianity, Islam or Judaism, there are different categories. All, however, fall under the umbrella entitled Wokeism. To question any of the iterations of wokeism means to question them at your own peril. You will most certainly lose friends, acquaintances, and quite possibly your job. Should you stray from the dogma that’s being preached and pounded into our civic discourse on a daily basis by a compliant media, fostered by the incessant and relentless university system, you will fall victim to the mob, become cancelled, and branded a heretic who needs to be exorcised from society.

So rabid are the followers of wokeism they cannot abide any discourse that may call into question its very existence. Much like the medieval church, they resort to extreme measures to protect its sanctity. They will march in front of your house in the middle of the night, threaten to and actually destroy one’s business, and set out to dox their opponents in order to send a message to their followers that this person is not one of us and is fair game. They will boycott business, shout down dissenters, create blacklists of those who dare to stand and oppose them, and in the unkindest cut of all, seek to limit and even ban free speech, the very essence of the Western tradition which they seek to destroy. Ask them, they’ll tell you.

They punctuate their movement with chants, not unlike the chants of religious extremists, attempting to not only silence dissent, but put themselves into a state of mindless adherence, a form of hypnosis so as to block anything that might contradict their stance and remove their focus. That’s what hymns were for, what Gregorian chant was for, and what the wokeists use as well.

Coercion is the means by which they expand their numbers and relentless messaging is what drives home their central themes. They are aware that the human condition is one in which repetition is they key to compliance. The more one hears or sees an action or desired outcome, the more one is willing to submit. Relentless messaging is the key to ultimate victory as in time the various barriers to rejection are broken down until all that remains is an acceptance of that which they want you to believe. This is why universities may be diverse in racial and ethnic makeup, but not diverse in thought.

The same can be said for the mainstream media. Don’t take my word for it, do the research yourself. An overwhelming majority of those in the media identify as left – far left. The NY Times editorial board and their relatively recent changes reflect that. The editor and founder of The Intercept, Glen Greenwald, a left leaning writer resigned from the very organization he founded because they refused to allow him to print anything critical of Joe Biden. Similarly, the Church did not allow interpretation of scripture unless sanctioned by the papacy. Further, the Church issued the Index of Prohibited Books (Index Librorum Prohibitorum) in 1564 which listed the books the Church found unacceptable, essentially blackballing Europe’s intellectual elites. The last was published in 1948, with its abolition in 1966. See a pattern?

Today, restricting speech in collage campuses that doesn’t align with the wokeist ideology invite protests, shout downs, or outright attack. The numbers vary depending on a variety of factors, but a significant number of collage students do not have a problem limiting speech in any form. Further, as pointed out in a Forbes article from Tom Lindsay in May of 2019 stated, “Conformism of thought, and efforts to enforce it, have become the norm.” Ponder that thought for a moment.

Is this where we are? Succumbing to a religion that wishes to stifle free speech, free expression and free thought? Have we become so blinded by wokeism that we are also willing, as sheep, to follow the dictates of those who lead such a movement without understanding the danger such mindless compliance holds? Study history, really study it. We’ve been warned time and time again about the dangers of mindless compliance. We’ve seen the gulags, the prison camps. We’ve lived through McCarthyism and its blacklists, and we’ve fought a world war to quash such movements.

As with all addictive ideologies, there is a grain of truth contained in its mantra, but to forego our very essence, the essence of free speech, free thought and our very independence to become slaves to an ideology that preaches, at its core, division, hate, and non-tolerance for anything that its leaders say doesn’t conform to their thought should be rejected outright and thrown on the ash heap of history.

Cognitive Dissonance: If The Narrative Fits….