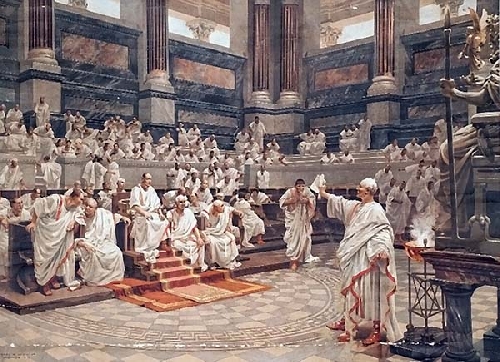 Charlatans and their Foolish Followers

Should one take any time at all to study the writings of the philosophes, those of the eighteenth century that gave birth to so many ideas the West holds sacred, one cannot help but be struck by their intellectual gymnastics. Taking the most mundane occurrences and somehow weaving them into potent philosophical meaning is truly a gift; the gift of intellect and observation combined with the imagination to weave it all together to form a conclusion.

Take the story of Rene Descartes, plagued by a series of “night visions” during his service in the Thirty Years’ War. These “night visions” were the impetus that allowed him to become the father of modern optics, further his mathematical prowess in geometry, and caused him to connect the mind and body with the mantra “I think; therefore I am”, one of the foundational principles of western philosophy.

His is but one story and there are many others scattered throughout the existence of men on earth; not bound by culture, religion, or race, but often inspired by them. This is the glory of being a human being; our mind cannot and is not bound by our bodies, but rather enhanced by it if it is fed properly. Our external differences don’t matter in the pursuit of intellectual excellence as we’re only held back by ourselves and oftentimes, our self-imposed restrictions. Even a butterfly will survive a rainstorm.

The mistake we make, however, is when we conflate our intellectual prowess in one area to mean we have carte blanch to become soothsayers in other arenas which are not our specialty. Expertise in one area does not guarantee expertise in another. Noem Chomsky, the darling of the intellectual socialist class is an expert on linguistics. By all accounts, one of the finest we have, but his thoughts on economics and the efficacy of socialism are half-baked at best, often overlooking crucial information or economic certainty in favor of his preferred argument. It all sounds good, but when compared to someone like the eminent economist and historian Thomas Sowell, Chomsky’s analysis and ideas are little more than anecdotes to placate his fans rather than truly studied observations and analysis.

With the rise of social media, there has been another phenomenon—the sudden emergence of what I will refer to as quasi-intellectuals; those people that see themselves in the same vein as a Sowell or Descartes but are really little more than intelligent sounding charlatans who disguise their lack of knowledge by covering it with flowery language and half-baked history wherein some of what they spew is truth and the rest pure verbal gymnastics with enough history sprinkled in to seemingly give credence to their fantastical conclusions.

Those people have discovered an audience for their hybrid seeds and appeal to them as they’ve figured out the formula so many who would usurp power have known for generations; target your message to a willing audience and repeat it as though it is the gospel truth. When questioned, double down and refuse to acknowledge your errors, insisting you are correct and vilifying those who would dare oppose you, despite the fact your opposition is correct. In this way, you will become a martyr, and the people will support you.

This is seen on both the political right and the political left, and their minions blindly follow the messages of their pied pipers. Division is the goal for only in division can those quasi-intellectuals cordon off their followers and guarantee themselves an audience…as well as a living.

Use superfluous verbiage and cover it with a pinch of truth and the masses, that ever changing chameleon waiting to be won over will swarm to your side, defending your ideology with half-baked notions of their own. As long as it sounds like the truth, it will be accepted as truth, despite all evidence to the contrary. Those that followed these charlatans were referred to as cultists. Now, we call them party loyalists or the base.

Those that sit outside the fray our now referred to as independents. They’re not willing to simply buy into the mouth that roars, rather, they prefer to wait and see, analyze, and then once their analysis is complete, choose. More and more often that choice involved not getting involved at all; remaining above the fray and as spectators used to do in days gone by, sit on the hilltop and watch the battle of the ideologies unfold below them, asking themselves if any of it is worth it. Increasingly, the answer is “no”. The result? Our political system becomes dominated by warring ideologies with little middle ground and both political parties vying for what’s left, scraps to be fought over by ravenous dogs.

If it makes you feel any better, this was precisely the argument Socrates leveled against the democracy of Athens. He taught this to his students, some of whom took up arms against the very government philosophy we hold so dear today—democracy—although theirs was a direct democracy. Socrates called into question why the direct democracy of Athens was still being used seeing as so many leaders were not qualified or not worthy of the power they’d acquired. Further, he wanted power vested in those with relevant knowledge and skills to have the political power. He supported democracy, but his questioning of how it was structured led many to believe he favored oligarchy or aristocratic rule. He was put on trial for these thoughts, found guilty, and forced to ingest hemlock.

Is this the path we’re on; consumed by our own with the great multitude sitting on the sidelines watching it all unfold and doing nothing about it. Modern thinkers such as Thaddeus Russell say, yes, this is exactly what we should be doing, preferring true anarchy to what we currently have. Our founders are now being excoriated by the left, their statues being torn to the ground and their ideas, manifest in our Constitution, being relegated to the trash heap of history in ever increasing intensity.

Those on the other side are becoming more and more fed up with the temper tantrums the left engages in, evidenced by their unwillingness to accept anything other than their truth, preferring what they perceive as truth, both sides being wrong as there is only one truth, whatever that is.

The masses have allowed themselves to be led astray by those very quasi-intellectuals who purport to have the answers but have none, preferring to bathe in the adulation rather than actual answers, and make money in the process. Look up your favorite now – what’s their net worth? That should answer your question.

We’ve become lost, it seems, rapidly approaching the point of know return. We know exactly what we’re doing but, as those nations prior to World War I said after the conflict, we’re powerless to stop it…and many don’t wish to. Those who would see this nation crumble desire it as they’ve never truly lived through crisis; never had to scrap by to foster their own existence, rather they’ve grown up with too much as compared to the rest of the world. They’ve never traveled outside their comfort zone to see the absolute squalor the rest of the planet lives in. They prefer to sit inside their protective bubble and criticize rather than actually see. George Orwell, that prescient seer of bygone days said as much in his largely unread tome The Road To Wigan Pier. It is not the first half of the book that begs reading, but the second half in which he excoriates those Champaign Socialists of his era, echoing the sentiments expressed here. They live in an alternative world, one in which they can lament the current state of things but are unwilling themselves to give up what they have in order to live our their creed. No, they prefer to let someone else do that while they throw rocks and sip expensive wine.

We The People…the first three words of our blueprint, have the power and the means to make that change we so desperately need, but it seems, we don’t have the will, preferring to be taken in by the siren songs sung by the many pipers who would lead us astray all for their own benefit. If that is so, we have no one to blame but ourselves.

I Am An American

I hate filling out forms. The good news is that with modern word processors most of the most tedious jobs are done: name,

The Power of Positive Thinking

I’ve given a lot of thought to the idea the title of this piece is about. Events in one’s life seem to point to a specific 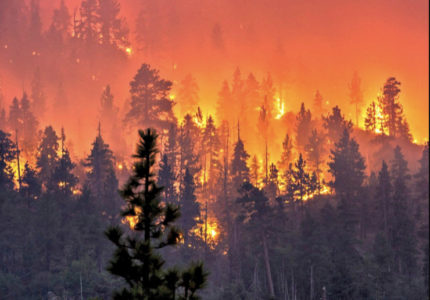 Essay on U.S.: The Coming Dissolution of the American Experiment