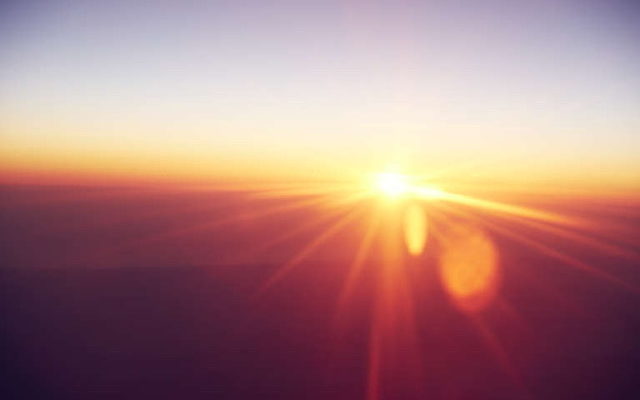 Nonage. A period of immaturity or youth. That is the dictionary definition of a word that features prominently in one of the most widely read pieces of the Enlightenment period—Immanuel Kant’s What is Enlightenment.

As I sit her penning (typing) this piece, I’m inundating myself with Mozart’s miracle Requiem, a towering piece of life and death that pulls you into its sphere and refuses to let you go. One cannot help but become enmeshed with the music, both choral and instrumental. It is impossible to simply be a spectator or benign listener for it is so powerful, it has a gravitas of its own. You are the moon to its earth, having no choice but to become part of its orbit.

So it is with Kant’s piece, even more so because of its real life application to the modern world. Reading it once, one gets the feeling that there is something there, something of its own that you need to listen to, but can’t quite make out. A vision in a fog. Read it twice, and the vision becomes clearer. A third, and you begin to understand it and the subtle and not so subtle points it makes. Eventually, you have no choice but to agree as he has nailed it, bared us all naked and doing so without remorse. You deny, and deny again as the apostle Paul denied the Christ, but to no avail. You know he’s right.

So, what does he say that has this pull, this unquestioned correctness? It lies in the fact that he strips bare our pretensions and tells us exactly what the problem is, and that problem is us.

Consider this: “Nonage is the inability to use one’s own understanding without another’s guidance.”

A child, dependent upon a parent for it’s very existence. An adolescent, maturing, but still seeking guidance at almost every turn as they attempt to navigate the various land mines and pitfalls of living. An aged parent, once again dependent upon their children as age ravages their faculties both physical and mental. There is nowhere to turn other than someone else for their very being. Even matters of the smallest import require consent, adjudication, or involvement, the dependent person losing their ability to discern what is actually right for them without guidance. Prolonged dependence breeds the inability to do for one’s self, becoming almost a prison from which escape is almost impossible. Easier to be dependent, leaning on another as your own legs wither away becoming unusable appendages.

So it is with government, the very entity that Kant was talking about. The more a person becomes dependent on the vehicles of government, the less they are willing to do for themselves, creating a type of atrophy of the mind and body from which there can be little escape.

Consider the addict. Dependence is thy name. Barely can they function without the prop of their drug of choice to make it through the day, willing to sell body and soul for the elixir of false comfort the drug provides. Is not government and dependence upon it the same? Addicts give their power of choice which is our greatest asset, willingly for the comfort of the drug that in time takes over their entire existence, with the addict, in the end, losing everything.

So it is with government. The more it expands the more it envelopes ones life in every aspect, the false comfort of care being replaced with addiction to its drug. The cost is ones life, liberty, and eventual happiness. Yes, in the moment it seems like the right thing to do, give up just a little for a larger return. However, that “little” becomes more as we, the addict, demand more, and in the process, lose ourselves piece by piece, the government seeming reluctant to take those pieces, but does anyway, smiling in the end as Lucifer once he has your soul.

Kant urges us to depend on ourselves, to not give in to this fiend with its false promises of hope. It is a ruse, a game that we cannot, and have never won. The only ones that do are those in power as everything gets funneled to the top, and we, living on what they decide, reason our existence on whatever they choose for us.  It’s the illusion of revolution which in the end, only serves those that sit at the head of the table.

Ponder the French Revolution, that which was to finally provide for the people as a single entity, only to end up serving the monied classes at the top of the Third Estate. They won control only after killing anyone, mostly the peasantry, that they were to serve along with the ruling class, many of which escaped to save havens abroad. In the end, the Revolution devolved into a dictatorship run by Napoleon, who eventually declared himself, in 1804, Emperor, the very thing the Revolution fought against. The people giving themselves over to their new ruler, for the promises of glory, law, and order.

The dynastic cycles in China are another such example. The Emperor promising to care for his people, and they, in return, promising loyalty to him, the Son of Heaven. Only when the chosen one failed to live up to his promises did the people revolt in favor of a new savior with the same promises, and eventual failure, promulgating a cycle of success and devolution that continued until Mao’s promises. Those promises caused the death of millions as he imposed them.

The same pattern repeats itself continually in the human experience, without end and on an ever repeating loop. If we are to study history so that we do not repeat its lessons, why have we not learned? It’s because we live in the present, without a long view of the past, a past the does contain the answers, but, like the willful child, we ignore, thinking we can change it, solve it, and remake the outcome to our satisfaction. It doesn’t work.

The nearest we’ve come is to create a system in which we depend on ourselves and our own ingenuity, our own selfishness, and our own work ethic. That is what Kant is urging us to do. Break free from those that would keep us in chains. Leave our dependent, adolescent ways behind, to stand on our own two feet. Trust ourselves, flying without a net. Only in that way will we truly achieve what we are able, without the encumbrances of government weighing us to this earth. Only then, when trusting ourselves, will we know what we are capable of. Only then will we be truly free.

Yes, we must give something of ourselves to live in a society, we must give up a bit of our freedom in order to live free, but to become dependent on government, is to unlearn the lessons of the past, lessons that tell us dependence on anyone or any entity that promises to care for us will only result in something much less than those promises. It is a guarantee of servitude, dependence, and addiction. Let us reject that notion with all our might.

Programmed Zombies Among Us

The Death of Free Speech (If we allow it)

Historian Dr. Hannah Barker calls it “generational chauvinism”. Essentially, it is the notion that what we see as a moral

Historians like to point to the 20th century as the age of authoritarianism, characterized by the rise of Fascism as well as