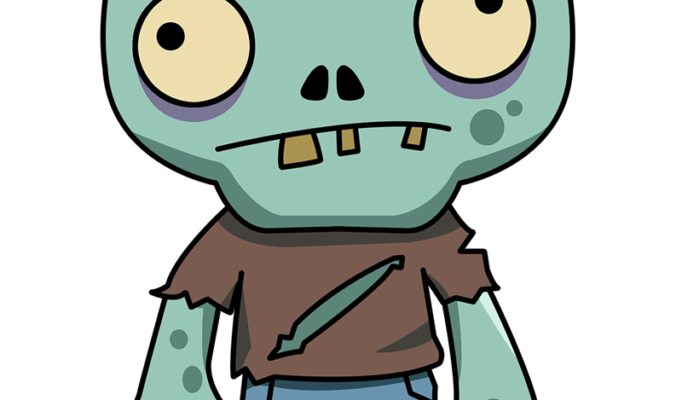 Programmed Zombies Among Us

“A zombified collective fighting a boogeyman they have invented.”

They have become a leaderless group of people that are fighting for something that they can’t put their finger on. Some say defund the police, some say economic equality, while still others say “change in the system”. Pick a cause or anything else that seems rebellious.

They believe that something is wrong, but can’t seem to put their finger on it. This is amply demonstrated by the unrest at “CHOP” in Seattle, where a few have emerged as “leaders”, but leaders with no direction. They are wandering in a wilderness created by their own hands searching for something, anything that proves their right to exist. Thus far, they have little outside of taking over a six square block area, building walls to keep undesirables out, and arming themselves in the creation of a quasi-police force that is doing little more than mirroring that which they swore to change. Further, they claim autonomy, but when there was a shooting the other night, they were powerless to do anything about it, lambasting the city leaders for failing to provide assistance to a zone that claimed such autonomy. Something isn’t right. A headless beast flailing about and destroying that which is around them in the feeble hope that something good will emerge from the destruction.

Here’s a hint; little will. Fair minded people do not want disbanding of the police. CHOP, a quasi-Maoist movement with delusions of grandeur will provide little more than fodder for those that mock and belittle its existence, which will come to a silent end. That is the truth, no matter how you slice it. They are being enabled, as small children are enabled when a parent refuses to enforce discipline. Why should we, those on the outside, be surprised? Anyone who thinks this is something other than pre-programmed kids acting out and throwing a temper tantrum is lying to themselves. Mix in some old, “wish I could go back to the ‘60’s and Woodstock” hippies still dreaming of a better world, one that harbors Bernie Sanders style delusions of Communist greatness (forgetting, of course, the millions that died or were ‘re-educated’ in the Gulags). Then, add a pinch of middle to upper middle class white kids who think they’re oppressed but are really just joining the party (complete with holding on to their skateboards for dear life). Finally, to top it all off, some that are true believers, zealots who may be correct that changes need to be made, but whose actual message becomes lost in the slop.

All of this is aided and abetted by a press, admittedly last week by the New York Times and NBC to be little more than a mouthpiece for leftism in this country. All one has to do is look at the purges that have taken place in the Times editorial board to see that, or that NBC was caught telling Google to censor conservative points of view to learn all that you need to know about a media that is biased toward one side of the aisle much more than the other. Outlets like Breitbart are not innocent in the collusion on their side of the aisle either, but there is little balance in the mainstream.

Cancel culture, of which so many “protesters” are a part is another iteration of this directionless idiocy. While removal of Confederate symbols seems proper, especially when one considers the reason for that most terrible conflict, the idea of striking down others seems wanton in their destruction, most never bothering to learn the history of those monuments they destroy. Yet, in the feverish frenzy that has possessed these directionless and leaderless mobs, they’ve chosen to remove everything that even hints at their perception of wrongdoing, a judgement the mob formed without truly understanding. A whiff of controversy and you’re gone. Examine history and you will find the same happened during the French Revolution, the Cultural Revolution in China and the Great Purges in the former Soviet Union. Think on that for a moment.

The directionless mob makes excuses for those incidents as they’ve been programmed to believe they were worthy causes, casually dismissing the millions that died under Mao, Stalin, and Castro as they implemented their “programs”. Even Lenin has now been exalted in Portland, a statue defended while George Washington, the person without whom this nation doesn’t exist, is defaced, pulled down, and spat upon as though he was a common criminal.

Ignorance of history is what drives this mob, a willful ignorance taught by agenda driven professors who, themselves were either taught or lived the radicalism of the 1960’s, brought up on a diet of Howard Zinn and Abbie Hoffman, and Bill Ayers. The very notion that Bill Ayers, a onetime member and leader of the Weather Undergound, responsible for blowing up buildings is allowed to be an educator should tell you all that you need to know. I am ashamed that my profession has allowed such a man to be in an influential position.

To be sure, not all fall into that category, and there are some legitimate concerns that have been voiced the last few weeks. To deny those concerns would be irresponsible and akin to shoving one’s head in the sand, hoping it will all just go away.

However….This was a long time coming.

All of this student and popular unrest is being fed by the university system. This is not a question, and is akin to poisoning the common well of our society. Colleges are dominated by teachers, especially in the Liberal Arts, that are not liberal at all, they are leftist, preaching the ills of the nation to unwitting ears, students that are not only impressionable but impressed by the title “Professor”. They listen, ingest, and digest all of the drivel their told because they’re programmed to listen to their teachers, or in this case, professors.

According to John Ellis, the California Association of Scholars Chair, the university system has been usurped by liberal professors. In his book The Breakdown of Higher Education, he describes studies done and the massive imbalance that has become the norm. Where once there was a balance of 3:2, liberal professors versus conservative in 1999, there is now a massive imbalance of 13:1, where thirteen are liberal while the 1 is conservative. An even deeper look at the “junior” ranks puts those numbers at 48:1. This is a monoculture of ideology resulting in little exchange of ideas but rather an echo chamber for the left.

These “professors”, some as young as twenty-three are all too happy to spout their opinions, immersing students in a culture of “wokeness” and perceived disability when in fact those students often are victims of educators using them as tools to further their own agenda. The more radical the better, with the network being so strong those radical ideas metastasize quickly throughout the university system.

The most egregious of all are history “professors” who do little teaching of history and more professing their perceived grievances against the very nation that has employed and taught them to begin with. Many bend history to suit their needs, cloaking it under the veneer of “revisionist” history to give themselves legitimacy when in fact, upon closer inspection, their conclusions only tell part of the story, leaving out the contextual component, the most important factor when analyzing events and people in our collective past.

Would anyone other than a deranged radical agree that burning someone alive in the modern period as a redress of grievances is acceptable today? Certainly not, as we’ve moved past that form of punishment. However, it was not only acceptable, but practiced quite regularly in the past throughout the West as well as other parts of the world. Are those people guilty of extreme murder? Maybe in our present, but taken as a contextual event, in a given time and place, no. It was punishment, acceptable punishment whether we like it or not. To place our current morality above the morality of the past is to suggest that we are the superior, and that we are right, they, wrong. If that is to be the case, where does that leave us in fifty years? One hundred? Two hundred? It leaves us as moral inferiors, to be ridiculed, belittled, and referred to as barbarians, as every succeeding generation will be also.

This means that we must, to be truly right, have the ability to see into the future, to determine future morality so as to affect change now. This is an impossible task, and one that, if attempted, will leave us hopelessly wandering the desert of good intentions, paralyzed by our own inaction as we seek to be in the moral right. In this view, then, we are all doomed to failure.

The best that we can hope for is to act now, addressing wrongs now, not addressing wrongs in the distant past, dwelling upon them for little more than fuel for future aggrieved generations. To adopt this policy will leave everyone aggrieved, and everyone empty, never able to move beyond their own perception of unhappiness. This attitude will lead to our collective end.

For some, especially those on the radical ends of both political spectrums, that may be the end goal, but I wonder if either knows what that will lead to? My guess is they don’t for they are not truly students of history, rather, they are students of the present with a sprinkling of chosen history to fuel their ridiculous notions of wherever they believe they are going. This is like a boat in the ocean without an engine or rudder; there is no direction other than to be blown around by the wind anywhere it chooses to take you, often leading to disaster.

As I said before, there is some merit to the complaints, but facile Twitter arguments, burning of buildings, or a “takeover” of a few city blocks serve to do little more than exacerbate the problems and create a mockery of the very ideals one wishes to push forth.

Find a leader, articulate your grievances, have a plan of action that does not include ridiculous demands that are completely untenable and the destruction of property. Have history on your side. Learn it, all of it, not just the parts that cater to your argument. Look for the nuances, and consider the historical context. Do this, and real change can be affected as your argument will have substance. Overturning the apple cart is needed on occasion, but blowing it up often results in apple sauce, a point history has proven again and again.

Isolationism: A Return to the Past in the Present if We’re Going to Have a Future

You can’t save everyone. That’s a familiar refrain heard by anyone in education or any other field of endeavor in which one